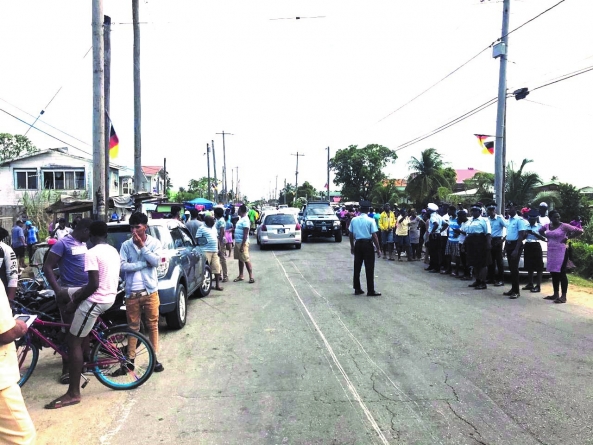 No evidence has been produced that persons were selling, distributing or using fake identification (ID) cards in the Good Intent-Patentia area, West Bank Demerara (WBD), on Elections Day.

This is according to Police Commander of Region Three (Essequibo Islands-West Demerara), Assistant Police Commissioner Simon McBean, who told Guyana Times on Tuesday that those allegations were investigated and no proof was garnered by investigators.

He explained that when ranks were summoned to the area where protesters had gathered and levelled such accusations, the male whom the allegation was made against was thoroughly investigated.
“No one was arrested. A statement was taken from him but he was never arrested. Thus far, the Police hasn’t any evidence to support the allegation specifically of the use of fake ID cards. He was a legitimate voter; however, the polling station that he was accused of visiting and operating abnormal was not the polling station that he was slated to vote but the polling station that I met him, he was a legitimate voter there,” the Commander said.