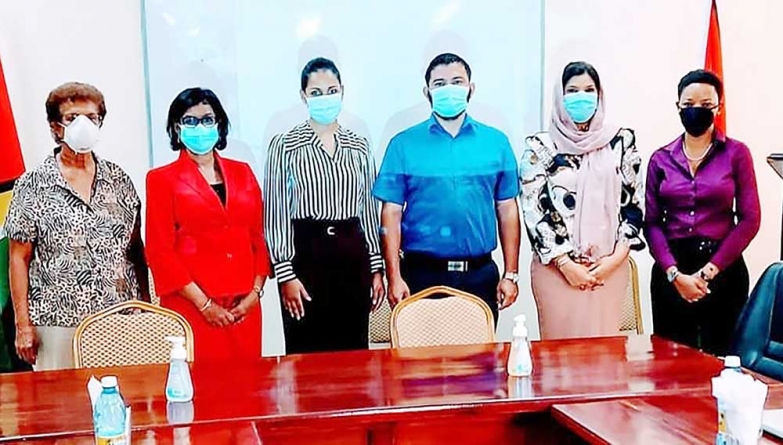 The newly installed Adoption Board, which falls under the purview of the Ministry of Human Services and Social Security, has already begun the processing of adoption cases that have been left unattended for a few years.

This is according to the Ministry which has named the newly appointed board members as: Director of the Child Care and Protection Agency (CPA), Ann Greene; Sylvia Conway, Vanessa Benn, Subhadra Sukhai, Dwayne Adams, Sarah Ibrahim and Anuradha Persaud.
Greene told this publication yesterday that the new board was constituted in late October 2020, however, its first official board meeting was held last Thursday. At the meeting, it was highlighted that on top of its list of priorities is assisting the CPA in the process of ensuring children are safely kept in stable environments as well as seeing that they receive proper adoptive care.

Greene had disclosed that approximately 500 children are currently in the CPA’s institutional care.
For a child to be adopted in Guyana, an application must first be sent to the CPA, expressing interest in adopting the child. Since adoption is a legal process, the Adoption Board serves as the overseer, ensuring that children are adopted by persons who meet all the mandated requirements. Once the application process is completed, the board conducts a review, ensuring that all steps are followed correctly before approval is granted for the child to be adopted.

Kaieteur News understands that the board would usually meet once per month. The last board held meetings on the last Wednesday of every month, during which its members would process nine applications and conduct their reviews.

According to the Ministry, the board has already met with Minister of Human Services and Social Security, Dr. Vindhya Persaud, who said, “The ideal situation would be for these children to be reunited with their families or with loving families who adopt them. Foster care is an alternative care mechanism to reduce institutionalizing children and the Ministry has a foster care programme which it will be improving and expanding.”

She lamented, however, that the institutionalization of children should be an ideal transition point for them, where they can have access to counselling and immediate safety. She also stressed the importance of persons adopting older children.
It was reported that many older children are often left in the system and turn 18, going into the world without a family.