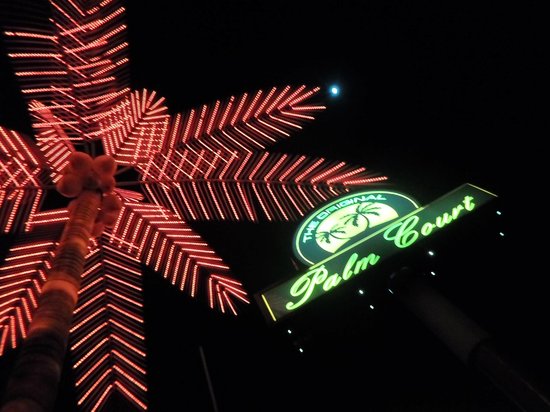 The National COVID-19 Task Force (NCTF) has threatened to revoke the Palm Court Restaurant and Bar’s licence for breaching the National COVID-19 measures. The warning was given by the Director of NCTF, Colonel Nazrul Hussain, in a letter issued on November 21, 2020.
The letter seen by this publication was issued to the manager of the establishment, informing that the establishment has once again been found breaching the measures, after being given a previous warning on October 30, 2020. It was also stated that this would be the final warning.

“It is evident that despite being warned at ref A, you and/or your agents continue to breach the National COVID-19 measures contained in the Official Gazette number 198 of 2020,” Hussain wrote in the letter.
Although the specific breaches were not outlined in the letter, it is understood that the Gazetted COVID-19 measures for the month of November strictly outlines that bars and rum shops are not permitted for opening and indoor dining, and social gatherings are prohibited as well.
The letter further went on to state, “This blatant disregard to the COVID-19 measures reflects your contempt for the laws of Guyana which may result in the application of legal sanctions, with the possibility of having all privileges or licence revoked.”

This publication made several attempts to contact the owner of the establishment for a comment on the situation, but those calls went unanswered.
Prime Minister, Mark Phillips, had announced last month that the government was taking a firm stance against businesses going against the COVID-19 measures. He had expressed that upon discovery of a breach, a first warning will be given to business owners who fail to comply and upon the second warning, their businesses can and will be shut down.

He lamented that these efforts fall under a national operation launched by the government to fight COVID-19, which is founded by the NCTF. The operation named COVI-CURB is expected to ensure national compliance with the Gazetted COVID-19 measures.