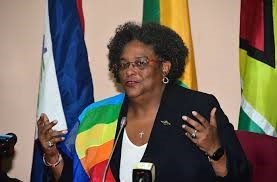 David Granger and Leader of the Opposition, Bharrat Jagdeo have agreed to a recount of the ballots in all ten Administrative Regions.
Although the onus is on the Guyana Elections Commission (GECOM) to grant a recount, CARICOM has said that both President Granger and Jagdeo have agreed for a recount of all regions and not just Region Four (Demerara-Mahaica), where there was much contention.
Since the March 2 General and Regional Elections, the tabulation process for Region Four was marred by a series of events, from the Returning Officer (RO) and his staff falling sick, to the People’s Progressive Party/Civic (PPP/C) repedly storming the GECOM command centre, to an injunction barring declaration of the results and subsequently, a series of objections.

After more than a week of confrontation and legal action, the votes for District Four were finally declared by the RO, Clairmont Mingo, on Friday night, amid heavy police presence at the GECOM High Street, Kingston Headquarters. According to his declarations, in the General Elections, the APNU+AFC coalition secured 136, 057 votes in District 4 (Demerara-Mahaica), while the PPP/C raked in 77, 231 votes. A New United Guyana (ANUG) secured the third largest number of votes with 1,387 votes, followed by Change Guyana with 919 votes; Liberty and Justice Party (LJP) with 761 votes and The Citizenship Initiative, 463 votes. The People’s Republic Party got 389 votes and The New Movement (TNM) 128 votes while the United Republican Party managed to rake in only 90 votes.

Eight political parties had, however, requested a recount for Region Four, on Saturday, the same day Chairman of CARICOM, Prime Minister of Barbados, Mia Mottley announced that President David Granger made a request for the regional bloc to field an independent high-level team to supervise the recounting the ballots.

“Many of you are aware that I led a high-level team of Caribbean Prime Ministers to Georgetown earlier this week (last week) to meet with all of the affected parties from the recent General Election of March 2, 2020,” said Mottley in a statement. Following additional discussions on Saturday morning with President Granger, Mottley has agreed to field the high-level team to supervise the recount, something to which Jagdeo has also agreed.
In speaking about the measure, Mottley said: “We believe that this is a giant step in being able to determine the will of the Guyanese people in the Election of March 2, 2020. It will also allow the electoral process to regain the confidence of all locally, regionally and internationally.

“I have spoken directly to both the President and the Leader of the Opposition and they have both committed to abide by the results of a fair and transparent recount of each and every ballot, as supervised by the CARICOM team. We also agreed that there needs to be steps taken to secure the integrity of the ballot boxes until the recount takes place.”
The Independent, high-level team, as announced by the Prime Minister, will be chaired by Francine Baron, former Attorney General and Foreign Minister of Dominica and comprise Mr. Anthony Boatswain, former Minister of Finance of Grenada; and Ms. Cynthia Barrow-Giles, Senior Lecturer in Department of Government of the University of the West Indies (UWI). They will also be accompanied by the two Chief Election Officers from Barbados and Trinidad and Tobago.

REQUESTS DENIED
Even as the CARICOM team is set to arrive in Guyana soon, GECOM, through a statement on Saturday evening, said requests for a recount in Regions Two (Pomeroon-Supenaam), Three (Essequibo Islands-West Demerara) and Four have been denied by the various ROs. The commission is, however, likely to override the rejections.
The APNU+AFC coalition had requested recounts in Regions Two and Three, while eight political parties, including the PPP/C, had requested a recount in Region Four. Early in the day, on Saturday, Co-Chair of the APNU+AFC campaign, Joseph Harmon, in a statement, had said if a recount was granted for Region Four, the coalition would pursue their applications for recounts in all 10 regions.

Meanwhile, in speaking about his view on the potential supervision of the recounting process by an independent team, Jagdeo said: “We are pleased that today (Saturday) we have managed, through the office of the Prime Minister of Barbados, to chart a way forward that would be acceptable to both sides. “You have seen in the statement she urged that all steps be taken to preserve the containers, so there is integrity in those boxes (ballot boxes)… I urge GECOM to do that immediately given that it is the desire of the political parties.” Jagdeo, at a press briefing on Saturday, suggested that all the ballot boxes be centralised in one location so that they can be “watched over” by observers and party agents.

“This is the way forward and the way to solve the problem so all of our people can go on with their lives…whoever the winner is, it will be determined by a verification process and our country can move on to address the threat of the Coronavirus. “I just thought I’d thank CARICOM, thank all those who worked on this, and also all the other observers and commend the President for taking this step forward that would allow us to bring an end to this, satisfactory to all political parties,” said Jagdeo.