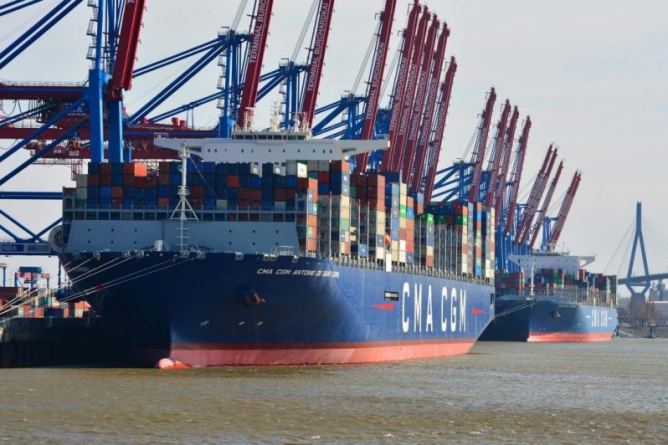 THE Nand Persaud Group of Companies is calling on the Guyana Revenue Authority and law enforcement authorities to further strengthen their systems in the aftermath of illicit drugs being discovered on one of their containers with rice.

The Customs Anti-Narcotics Unit (CANU) has reported that it has found no conclusive evidence that the suspected cocaine found in a container of rice shipment intercepted by German police, earlier this month, was loaded onto the container in Guyana.

CANU stated that, following an extensive investigation into the handling, shipping and export of the shipment of white rice, it has unearthed loopholes and irregularities regarding the local handling of the shipment.

On Monday, Nand Persaud Group of Companies, in a press missive, noted that the company plays a major role in several international markets and it is also concerned with the number of queries from overseas customers about the illicit drugs.

“The group remains confident in the work of the investigators. We are deeply worried that this is not the end of incidents. We have taken note, with deep concern, the recent seizure of a large quantity of illicit drugs by German authorities. It was reported that the drugs, more than 1,500kg, were found in one of our containers that shipped rice that originated from Guyana. The container was among more than a dozen that left here in May,” the company stated.

The group of companies stated that it was engaged by local investigators and cooperated and it was discovered that their containers were scanned by customs and it was clear that there were no anomalies.

“Our group has always prided itself as a solid corporate citizen with over 30 years of experience in agriculture. In fact, in Berbice, we can boast proudly we have positively impacted people today becoming the largest single private sector employer. Our tax contributions and the fact our rice exports account for more than 25 per cent of containers leaving Guyana cannot be erased. Our holdings include not only mills and agricultural parts, but range from auto sales to real estate,” the Group of Companies noted.

The group said it is proud of being one of the most recognised and respected names in Guyana and sits on several private sector bodies. The group has received numerous awards for its contributions to business in Guyana.

“Our brand, Karibee, is a household name in the region and meeting more than 25 markets worldwide,” the group added.

Some 1.5 tonnes of suspected cocaine found in a container with rice was intercepted at Hamburg Port by Germany police on August 10, 2020.

The suspected narcotic was found in one 20-foot container containing several bags of white rice shipped from Guyana.

The said container was one out of a shipment of a total of 12 20-foot containers. That entire shipment of the 12 containers comprised 6,000 bags of white rice intended for export to a company in Poland.

CANU stated that newspaper clippings that were wrapped among the drugs indicate that it was out of the territory in which the said 12 containers remained in-transit.

CANU said its investigation continues and it will continue to participate in inter-agency collaborations to tighten the grip on narcotic distributors throughout the country.