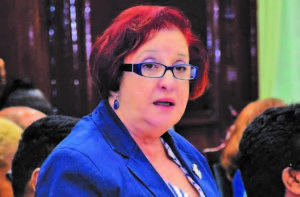 I do not usually bother to read anything that Moses Nagamootoo writes; I do not think anybody does. But l decided for a lark to see what he was up to in his July 26th “My Turn” column.

Nagamootoo did not fail to live up to my expectations. Predictable as always he has the uncanny ability to take things out of context to support his agenda, and, within a short time, he can do a complete somersault with the same information and go in the opposite direction.

Ever opportunistic, he pulled random statements from no less than Dr. Cheddi Jagan, President Carter and the Carter Center to support his government’s non-existent “olive branch” offer to the “Opposition” in the context of an ethnic upheaval.

This was nothing but a transparent effort by him to make himself relevant; to remind people he is still important. In this he failed abysmally.

Everyone knows that the PPP/C is no longer the Opposition but the ‘government in waiting’. David Granger’s locus standi is merely to hand over the government to the legitimately elected President and government.

Nagamootoo’s “olive branch” is laced with desperation; he too has no locus standi, even if the APNU+AFC Coalition had won he was cast aside. In fact, he is desperately ‘singing for his supper’ as soon he may have no US visa or green card. He, like others in Granger’s band, is responsible for undermining democracy and putting the Guyanese people through this tortuous path created solely by Granger and APNU+AFC leaders to subvert the will of the Guyanese people and steal the election of March 2, 2020.

Nagamootoo lost any relevance in Guyana when he became the right hand man to Granger and the PNC, an ever willing participant and apologist for their corruption, incompetence and anti-people policies. Now Nagamootoo is trying to dress up their hijacking of the elections and attempted electoral coup with offers of an “olive branch.”

Again, like most things Nagamootoo says, it is all vacuous like standing in quick sand (“sucking sand”) it all vanishes.