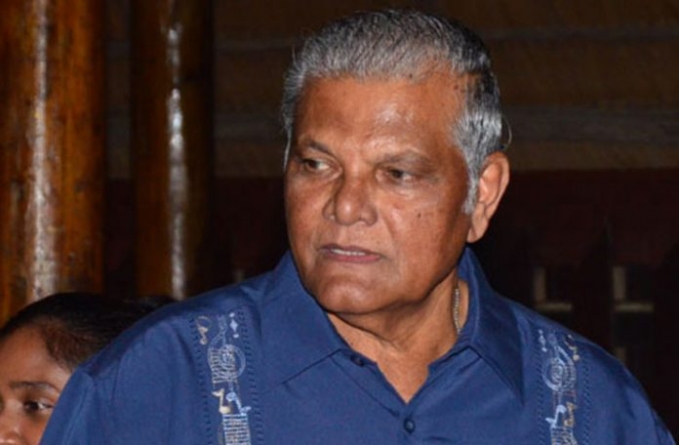 An Open Letter to His Excellency President David Granger, MSS

I respectfully pen this open letter to you via the media in the hope that you will realise the national importance I have attached to taking this step. I am placing my neck on the line that you are being manipulated by persons who do not have the best interests of our beloved Guyana at heart and who are prepared to hold you hostage to their own evil intentions and to manipulate you and the Constitution of this country to achieve their own personal and collective goals, unbothered by the catastrophic impact their actions to date are having on national morale, on the fears and anxieties of all Guyanese, whether or not they are supporters of your political party.

If you may have read my earlier letters, you would have noted that I hold no brief for any political party. By choice, I have never voted in any national and regional elections because I pledged to serve my country and not any political party. My loyalty is to the Constitution, and you and all of your predecessors as Presidents and Commanders in Chief knew this and respected me as a professional. How else do you think I was appointed to or held very senior positions in the Armed Forces, then as Chairman of GECOM, as head of Conservation Inter-national Guyana, CEO of GTT, Chairman of NAREI, Chairman of the GGMC, Chairman of the Protected Area Trust , and as a non-political Special Assistant to three Presidents, including you Sir, until after having been deemed by you to be not a Fit and Proper Person, as a principle, I chose to resign from all government appointments. I record these things not to beat my own drum but to emphasise that there are certain principles which must be held as sacred if we are to live our lives in unselfish service to our country and to our fellow citizens. You are at the crossroads, where you have to now chose between pandering to a Cabal who bode you no good and who certainly do not have the national interest nor your interest at heart. In their warped, self-centred way, they are manipulating the Constitution, the Supreme Law and their allies in various national institutions and Services of this land, to serve their purposes.

It matters not to me which political party has the majority votes and forms the government. What matters to me, and I am sure to all right thinking Guyanese, as well as the regional and international community, is that the electoral process reflects the will of the people. A democratically held elections, managed through processes that reflect transparency, integrity and adherence to the rule of law and to the Constitution.

Mr President, I was puzzled by the fact that an election which, for all intents and purposes, went smoothly on March 2, has degenerated into a witches’ brew of mismanagement by GECOM, misinformation, threats, violence , excessive use of force, manipulation of officers and ranks, and propaganda spun by spin doctors weaving a web of deceit and in which you seem to be entrapped. The assessments of accredited local, regional and international observers must have been known to you and yet you seemed to shelter under the false premise that because you allowed the GECOM to function without interference, you were somehow absolved of complicity in the deteriorating governance of the electoral process which has made this country the laughing stock of the region, and which is rapidly degenerating into a pariah State in the assessment of those who, rightly or wrongly, are the determinants of what constitutes a failed State.

I was heartened Mr President, when last Sunday In this Season of Lent, and like Saul on the road to Damascus, you had an epiphany, perhaps finally awakening to the realisation, as your courageous son in law Dominic Gaskin did, that something was rotten in the governance of the electoral process and that you needed to act independently and decisively to salvage your legacy and redeem the pride lost. This was acknowledged in the Statement made by the Chair of Caricom on Tuesday, 17 March 2020.

Hon Mia Mottley stated that the fielding of the Caricom Team had been at your request on Saturday, 14 March 2020 and that “its mission was to supervise the recounting of the ballots in Region 4 of the General and Regional Elections of 2 March 2020 in Guyana”. She further stated: “Given that the tabulation process has been widely viewed as not being transparent or credible, President Granger and Mr Bharrat Jagdeo, Leader of the Opposition, agreed that the only possible solution was by way of a recount supervised by an independent team. This was seen as a significant contribution to bolstering the transparency and legitimacy of the electoral process”.

Not surprisingly, the Chair of Caricom yesterday conveyed to us this telling message: “It is clear that there are forces that do not want to see the votes recounted for whatever reason”. And dramatically, she stated: “Any Government which is sworn in without a credible and fully transparent vote count process would lack legitimacy”.

Mr President, this statement comes from your colleague the Hon Prime Minister of Barbados and not from some foreign representative of a superpower, whom we seem fond of accusing of interference or of “talking down” to us. In my book, the Chair of Caricom made serious allegations and since you were the one to request the Caricom team to supervise the recounting of the ballots in Region # 4 (subsequently extended to all the ten Districts), I believe we are owed an explanation from you Sir, as to what conspiracy is afoot that would sabotage your laudable initiative which was agreed to by the Leader of the Opposition, and made possible by the Chair of Caricom and her colleagues Heads of Governments, four of whom accompanied her to Guyana to send a strong message of support, care and concern for our country, a member of the Caricom family, and for the wellbeing of all Guyanese. That such a commendable initiative should be stillborn as a result of an Injunction originating from your own party, sends a worrying message that either you are being Machiavellian, or being manipulated, or you have simply lost control over the actions of members of your own inner circle. Whatever may be the reason for this embarrassment to you, to us citizens, and to our country’s image, it is no trivial matter. If the minions who are behind this conspiracy are not identified and excised like a cancerous tumour from the body politic, we will all suffer from the contamination and the penalties we are likely to be faced with are an illegitimate government and being deemed a pariah State.  Mr President, I have always held you in high esteem as a colleague and friend of nearly six decades. I have forgiven you for classifying me and other nominees for the Chairmanship of GECOM as Not Fit and Proper Persons but I will not forgive you if you fail to do the honourable duty of calling off the Dogs of War, excise them condignly from wherever they are hatching their moves and counter moves. We, long suffering Guyanese, fooled by mirages of a good life, are hurting, are embarrassed and are angry. Let this poisoned chalice pass Mr President. If you feel you are boxed in a corner and need reinforcements, then there enough Guyanese of Goodwill and Decency who will rise to the occasion and ensure the recount is completed transparently and with alacrity. Whichever political party is finally declared to have the majority votes, must be acknowledged as legitimate and be allowed to form the government. Such government must be prepared to govern in the best interests of all Guyanese and with such inclusivity and consensus as will facilitate a sustained process of reforms that all have promised yet failed to deliver to successive generations.

Mr President, when the Chair of Caricom was about to depart Guyana, she had an engagement with the media in which she stated to all Guyanese that the stability of our country was in the hands of the Returning Officer of District 4. You know only too well what has transpired since that statement. It is now your duty to exercise the leadership responsibilities vested in you, and to direct with GECOM, the peaceful and orderly completion of the electoral process by ensuring the mission is accomplished, that is, the agreed recount of all ballots cast in the Guyana 2020 General and Regional Elections, in an environment conducive to security, transparency, integrity and the credibility of the results.

If the mission succeeds, it will be a positive contribution to your legacy. I have high expectations that you will not fail us.