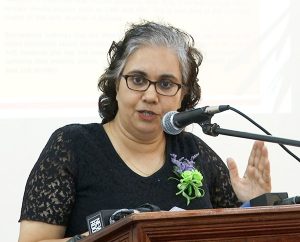 It must be obvious to everybody, except the most deluded, that the APNU+AFC coalition did not win the election held on 2nd March. If APNU+AFC had won, Mr Mingo the returning officer would have verified the official Statements of Poll and tabulated the results openly and transparently as demanded by all of the other political parties and by the local and international observers.

Instead we have endured days of national embarrassment and disbelief caused by childish, inept, unintelligent and barefaced attempts to alter the election results. Mr Mingo must be removed from office and replaced by someone who can complete the simple task of verifying the Statements of Poll and adding up the numbers in front of the international and local observers as legally required.

We can then get on with the national task of rescuing Guyana’s economy from crashing oil prices which could well be followed by crashing oil companies. For those who have not noticed ExxonMobil’s share price has gone down by 47.5% in the last six months.