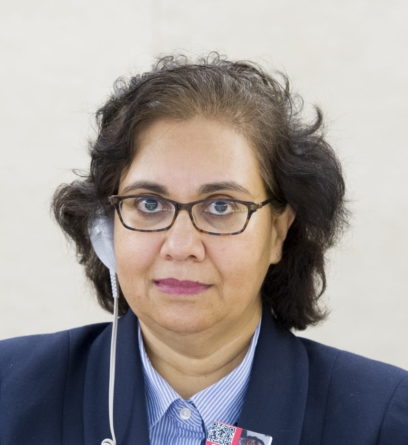 On 2nd March the Guyanese people voted peacefully to choose which party would form the next government. The people expect the election result to be honoured, irrespective of whether ‘their’ party won. That is democracy. A tiny minority have tried to subvert the will of the people. That will not be tolerated internationally or nationally. We have moved on.

The Commonwealth, OAS, EU, Cari-com, USA, UK, Canada, etc. plus 100 global civil society organisations insist that the declared election results must reflect the will of the people i.e. the declaration must follow the actual votes recorded in the official Statements of Poll (SOPs) from valid ballots placed in official ballot boxes used in the polling stations in compliance with the law. The Guyanese people also demand electoral integrity – apart from that tiny minority.

Let us not be wilfully blind. APNU+AFC and the PPP/C have known for about 2 weeks who got more votes. At each polling station the votes were counted in front of election officials, party candidates, polling agents, election agents etc. and recorded in the SOP. Each party gets an official copy of the SOP. It is a legal requirement to post the official SOP outside the polling station so everybody can see it. The objective is to prevent a return to the days when the votes announced for the PNC exceeded the votes cast for them or anybody else.

The statement by Ms Mottley (Chair of Caricom and Prime Minister of Barbados) that the tabulation process was “widely viewed as not being transparent or credible” is not helpful unless she means the results in region 4. Let us not forget that in regions 1, 2, 3, 5, 6, 7, 8, 9 and 10 the electoral district results were declared without controversy. In region 4, 421 SOPs were verified and tabulated without controversy.

Since abruptly stopping the process in region 4 Mr Mingo has twice declared numbers that have been rejected by all of the opposition parties and the entire international community. The Commonwealth Observer Group’s statement on 18th March says that in some cases Mr Mingo’s tabulated votes exceed the number of voters. The OAS withdrew its mission saying that the legitimacy of any government that is installed in these circumstances will be open to question. Ms Mottley has warned against any swearing in on the basis of Mr Mingo’s rejected numbers. We are hearing equally strong language across the rest of the international community. Mike Pompey (USA Secretary of State) has warned of ‘serious consequences’ for those who seek to benefit from electoral fraud.

So, if Mr Granger is sworn in on the basis of results that include Mr Mingo’s widely rejected figures, might the international community take action and impose sanctions on Mr Granger and the APNU+AFC? And what might that look like? As we have seen in neighbouring Venezuela, sanctions can include revoking visas and restricting assets and can extend to family members and associates, judges, army personnel and police as appropriate.

Mr Granger has publicly claimed that he remains, “committed to the electoral process and to the declaration of results by the Elections Commission in accordance with the law.” The Commonwealth Observer Group says that at no point did the leadership of the Guyana Elections Commission halt or rectify Mr Mingo’s blatant instances of disregard for the rule of law and electoral ethics…” Mr Granger can demonstrate what his commitment means by rejecting Mr Mingo’s figures and giving the people of Guyana a solemn undertaking that he will not be sworn in on the basis of any results that rely on Mr Mingo’s rejected figures.

If  Mr Granger declines to reject Mr Mingo’s figures or to give that solemn undertaking, the people of Guyana and the rest of the world will draw their own conclusions as to what Mr Granger is really committed to.

Meanwhile there will be no compromise on our hard earned national consensus that the rule of law, the integrity of the electoral system and our right to live peacefully with one another are the paramount issues and take priority over the ambitions of every political party in this country.