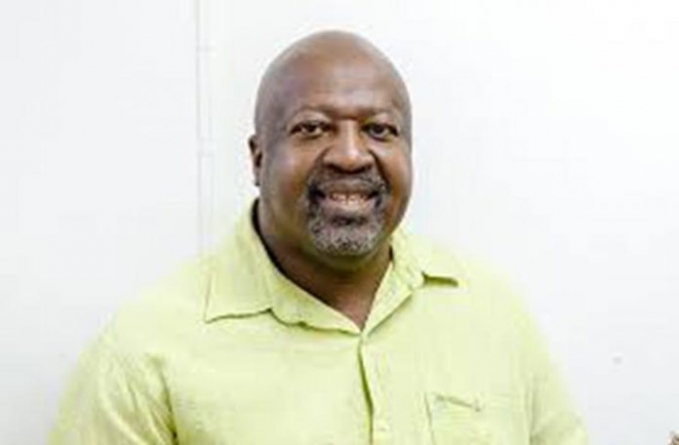 Political Scientists Dr. Henry Jeffrey and David Hinds on Tuesday said the Ethnic Relations Commission (ERC) has failed to resolve racial and ethnic problems in Guyana because politicians are pushing race as a means of getting power, but a top official of the International Decade of People of African Descent-Guyana (IDPADA-G) tabled several recommendations for that constitutional body.

Speaking on day 2 of the ERC-organised National Conversation on Ethnic Relations, Dr. Jeffrey said while he had been an advocate of that body, it has done little in its more than 20 years of existence to help fix the racial problems that he argued are largely driven by the quest for political power.

In a conducive environment, he said  the ERC could have conducted ethnic disparity audits, understand the attitudes of the various ethnicities including their schools, homes and labour markets to have a greater understanding and close the ethnic gap.  In that regard, Dr. Jeffrey said the ERC’s work has been constrained by the political environment. “Pleading with politicians, who control eighty percent of the population to do the right thing is a waste of time, what is the point of the ERC?,” he said. Across  Guyana’s race-based geographic centres, he said different sets of leaders were inevitably affirming themselves by “spewing political bias”. “The ERC has made no particular impact because it cannot do unless the persistent ethnic political tug-o-war is quelled and this cannot be achieved without some form of consensual political accommodation,” said Dr. Jeffrey who has over the decades worked with both of Guyana’s major race-based political parties.

The former government minister and former University of Guyana lecturer said the issue facing Guyana was not about wealth distribution but about gaining political power. Against that background, he reissued his call for power sharing.

Professor Hinds, for his part, also criticised the ERC for failing to step in during the five-month long hiatus from the March 2, 2020 polling day to the declaration of results on August 2, 2020 to help Guyana find a way to  resolve its race-based political problems. “The only best time to get institutional power to be shared is when power is out of the hands of the contestants and we had five months when it was out if the contestants and the ERC and others should have, at that moment, and say ‘ah neither off you has your hand on the levers of power, let’s now talk improvement’,” said Hinds who is also an executive member of the Working People’s Alliance (WPA).

Dr. Hinds is also an advocate of power sharing, but Political Scientist Ramharack said he has since abandoned that idea because the 2015 and 2020 general and regional elections have shown that there is now a larger number of mixed Guyanese who constitute the swing vote rather than Indo-Guyanese being the single largest voting block. “We are seeing a shift in the population dynamics. We are seeing new political players in Guyana and a narrative for consensus politics which offers hope for the future so we need a transformation politics that contributes to inter-ethnic reconciliation and inclusion and with emphasis on ethnicity,” he said. Dr. Ramharack said figures show that from 1980-2012 there has been a decline in the Afro-Guyanese population by six percent compared to the  Amerindian population that has increased by 94 percent, Mixed Guyanese have increased from 11 percent to almost 20 percent. In that regard,  he said Guyana no longer has a single dominant group in Guyana that can win an election primarily on ethnicity. “I think the days for that are long gone,” he remarked.

He recommended the building of trust, establishment of a truth and reconciliation process and national dialogue to promote peace, perhaps with the involvement of civil society and organisations like the Carter Center.

The Chief Executive Officer of IDPADA-G,  Olive Sampson recommended that the ERC push for reparations to address historic wrongs, launch a national conflict resolution programme to address anger, distrust and fair; a national dialogue to define Guyana’s vision and national values, a five-year public education strategy, mobilise support for research and rewriting of history and public finding for an Ethnic Studies Department at the University of Guyana. “The issue is that we must understand our history. We must respect it because right now we do not have a history that reflects honestly all of our contributions,” she said.