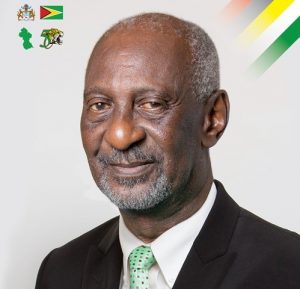 Minister of Citizenship, Winston Felix and Minister within the Ministry of Social Protection, Keith Scott were unlawfully occupying seats in the National Assembly, according to a judgment handed down by the Court of Appeal yesterday.

The Court of Appeal, comprising Justices of Appeal Dawn Gregory and Rishi Persaud and High Court Judge Franklyn Holder, affirmed a judgment handed down by Former Chief Justice Ian Chang in 2016.
Chang in that ruling held that Ministers Scott and Felix cannot sit in the House as Technocrat Ministers as they are candidates on A Partnership for National Unity/Alliance for Change (APNU/AFC)’s List of Candidates. Following the results of the 2015 General and Regional elections, the coalition was allocated 33 of the 65 seats in the National Assembly. 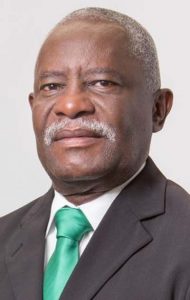 The leader of its List of Candidates, President David Granger, then selected members to sit in the National Assembly. Both Ministers Scott and Felix were on June 06, 2015 appointed executive members of the government. Notwithstanding this, Ministers Scott and Felix also occupied two of the four additional seats in the National Assembly which cater for persons selected from outside a party’s list, or in other words, Technocrat Ministers.

Like Justice Chang, the Court of Appeal outlined the constitutional process for the appointment of ministers of government. The Court of Appeal said that Articles 103 (3) and 105 are applicable in that regard. Article 103 (3) reads: “Not more than four ministers and two Parliamentary Secretaries shall be appointed by the President from among who are qualified to be elected as members of the National Assembly”.

In the case of Ministers Scott and Felix, they were permitted to present bills, answer questions and partake in parliamentary debates; however they could not vote.
It was PPP member David Morian who, through Former Attorney General Anil Nandlall, challenged the ministers’ appointment. Following Justice Chang’s ruling, government through Attorney General Basil Williams, applied for, and was granted a stay of execution of the judgment until the hearing and determination of the appeal. As a result, Ministers Scott and Felix continued with business as usual in the National Assembly.

At the Court of Appeal, government did not present any arguments on Justice Chang’s ruling. In fact, government took issue at the procedure used to initiate the challenge to the Ministers’ appointment. At the High Court, Nandlall had filed a Notice of Motion; government however contended that if one wishes to challenge the validity of a sitting Member of Parliament, then an election petition must be moved pursuant to Article 163 of the Constitution.

But Nandlall submitted that the case has nothing to do with the results of the 2015 General and Regional Election, the election of Ministers Felix and Scott as Members of the National Assembly or their qualification, but rather their appointment as Technocrat Ministers. The Court of Appeal agreed with Nandlall’s submission; like Justice Chang, it held that the Notice of Motion was procedurally correct to ventilate the issues regarding the ministers’ appointment.

In the circumstances, the Court of Appeal dismissed government’s appeal on both the procedural and substantive ground. Each party in the matter was ordered to bear their own costs. The President has already dissolved Parliament. In that regard, the Court of Appeal’s ruling essentially bears no effect. While this was acknowledged by Solicitor General Nigel Hawke, he noted that the judgment will serve as guidance for future ministerial appointments.