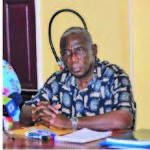 On March 14, 2020 Region Four Returning Officer (RO) Clairmont Mingo denied the requests by eight of the ten parties that contested the March 2 general and regional elections for recounts and this is now a  major source of contention.

According to the letters Mingo wrote in response to the requests none of the “counting agents” had been legally appointed.

“RO denied requests for recount since none of the parties adhered to the statutory timeline for the appointment of counting agents,” a GECOM advisory stated.