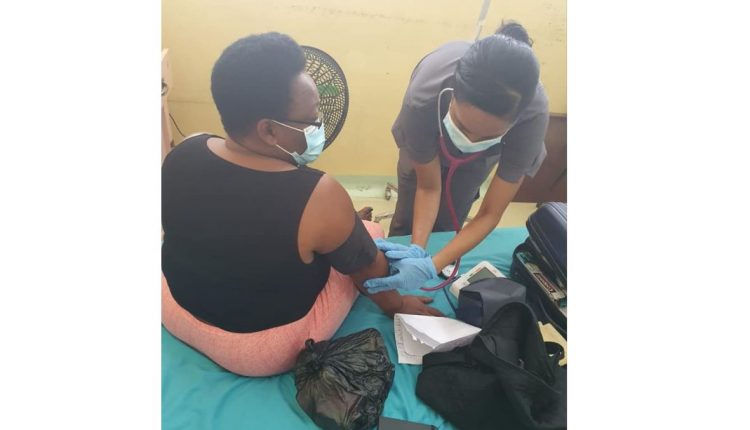 Michelle Miller, one of the four GECOM employees arrested with the embattled Returning Officer of Region Four Clairmont Mingo is hospitalised under Police guard at the Georgetown Public Hospital.

Her attorney Eusi Anderson in a statement Sunday revealed that she is being treated for high blood pressure.

The attorney said his client was arrested on Wednesday, August 26 and taken to the CID Headquarters where she continues to be detained and questioned without legal counsel present.

According to the lawyer, Miller his client has been in Police custody for more than 100 hours without any charges.

Mingo, Miller and others were arrested by the Police in connection with an investigation into electoral fraud committed at the March 2 polls.

Mingo has been charged with four offences and is due to appear at the Georgetown Magistrate’s Court on Monday morning.

See below the full statement issued by Miller’s attorney:

My client Michelle Miller has authorised me to issue the following statement on her behalf.