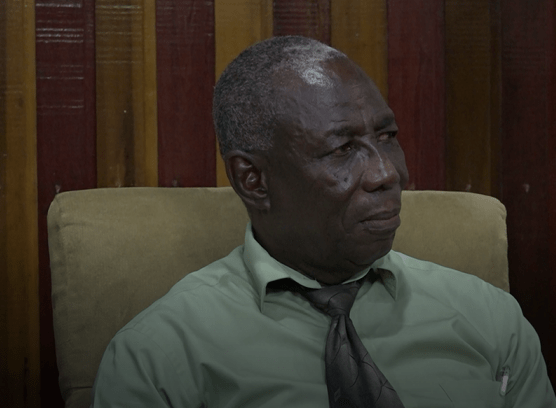 CONTROVERSIAL Region Four Returning Officer, Clairmont Mingo, on Thursday, filed an application in the High Court seeking his release from police custody.
The writ of habeas corpus was filed by attorneys-at-law Roysdale Forde and Darren Wade on behalf of Mingo’s wife, Waveney and was served on Police Commissioner Nigel Hoppie.

According to the application, there is no basis in law or fact for Mingo to be detained in custody, pursuant to inquiries or investigation into the commission of any act of fraud or conspiracy so to do by him.
Additionally, it is also contending that the police breached Mingo’s fundamental right to his liberty, pursuant to Article 144 of the Constitution of the Cooperative Republic of Guyana.

The case comes up for hearing on Friday, August 28, 2020, at the High Court.
On Thursday, the Guyana Police Force issued a statement from the office of the Commissioner of Police refuting allegations made in the media by Mingo’s attorney Darren Wade, who claimed that his client’s constitutional rights were breached by the Police.

The Force is claiming that shortly after Mingo arrived at the Criminal Investigation Department (CID) Headquarters, Eve Leary, following his arrest on August 25, Wade turned up at the location and demanded an immediate conference with his client.
The Police Rank on duty directed Wade to a designated area where access to his client would be granted after the rank had completed making the necessary entries in the Police records.

The force noted that Wade, instead of waiting in the area indicated and without any explanation left the CID Headquarters compound and met with several members of the media on the road way, where he spoke with them and during which he proceeded to make some false allegations.
However, Wade returned into the CID Headquarters where he met with his client Mr Mingo.

“GPF also wishes to state that it remains ready, able and willing to engage with members of the Legal Profession to ensure that their constitutional rights and those persons they represent are respected at all times and that there is due process” the statement read.

Additionally, the Police Force stated that it expects that attorneys-at-law conduct themselves in a professional manner and with a due sense of responsibility, in keeping with the ethical standard required of the Legal Profession.
However, the attorney did not conduct himself at that expected level of professionalism on the day in question.

Earlier in the week, Mingo was arrested at his sister’s residence at Mahaicony, East Coast Demerara, in connection with alleged electoral fraud.
Mingo was arrested days after the Police Force announced that it was launching a comprehensive investigation into reports of electoral fraud, as advised by the Director of Public Prosecutions (DPP) and the Force’s Legal Adviser.

Court Marshalls have been looking for Mingo to serve him with a warrant for his arrest on criminal charges, which were filed by a private citizen but were unable to locate him for several weeks.
The charges were filed in March by Charles Ramson Jr against Mingo, and PNCR Chair, Volda Lawrence, in relation to the controversial results for District Four.

On Monday, Mingo was absent from a court appearance, while Volda Lawrence was placed on $100,000 bail after appearing before Chief Magistrate Ann McLennan on private criminal charges, including conspiring to forge documents to show a win for APNU+AFC at the March 2, 2020 general and regional elections.

The charge against Lawrence states that she conspired with persons to forge 24 documents to show a fraudulent win.
Lawrence is also charged with ‘procuring’ Mingo to, on or about March 4, 2020, at Hadfield and High Streets, Georgetown undertake this task.

She is also charged with uttering to the Chief Election Officer, Keith Lowenfield, a Form 24 Representation of the People Act Regional Elections Return dated March 5, 2020, knowing same to be forged, with intent to defraud the people of the State of Guyana.

Lawrence is expected to return to court on September 11. Mingo is also expected to attend court on the date that has been fixed.