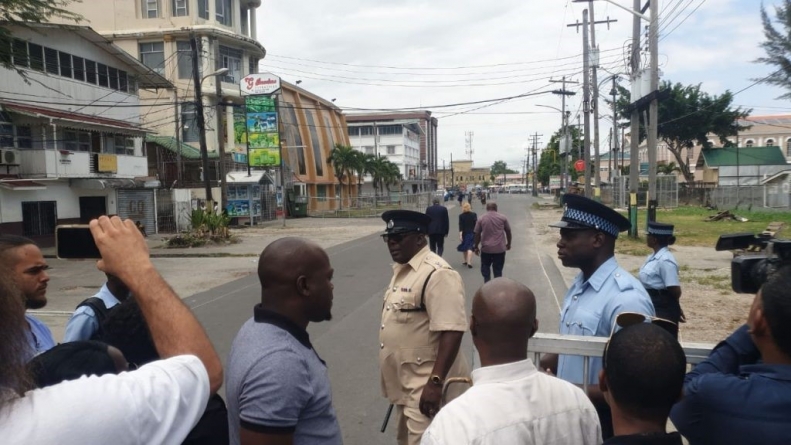 Commissioner of the Guyana Elections Commission (GECOM) Sase Gunraj has reported that the Returning Officer of Region Four, Clairmont Mingo is refusing to present the Statements of Poll (SOPs) to ascertain the total number of votes cast at the March 2 general and regional elections.

The Chief Justice Roxane George on Wednesday ordered the RO to return to the credible and transparent tabulation of ballots in Guyana’s largest voting district, Region 4 following an injunction filed by a private citizen last week.

“The RO, Mingo, is refusing to use or present Statements of Poll to ascertain the total number of votes cast in favour of each contesting party. He is instead attempting to use a spreadsheet, which is a clear breach of the tenets of Sec 84(1) of the Representation of the People Act, Cap 3:01,” PPP nominated GECOM Commissioner Gunraj posted on Facebook from inside the building.

He said the use of his phone is restricted as he accused the RO of “approaching criminal behavior.”

The News Room understands that only one observer from each mission and two-party agents from each political party are allowed inside the GECOM Command Centre on High and Hadfield Street, Georgetown.

Ambassadors from the United States, Canada and the EU were seen approaching the Command Centre earlier.

The Chief Justice in her ruling Thursday noted that every effort must be made to ensure that everyone is satisfied that the process is fair. She added that confidence in the electoral process must be restored.