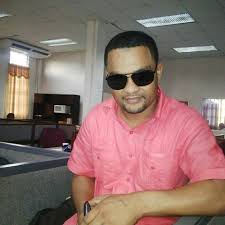 Dear Editor,
I HUMBLY seek space in your publication to make a few points about what may be the most topical issue in Guyana’s political circle, that is, the blatant attempts between March 2, 2020 and August 2, 2020 to rig an election in full view of the world.
Editor, I see a lot of folks are trying to sell the narrative that the arrest of Region Four Returning Officer, Clairmont Mingo, and the subsequent charges laid against in him are politically and racially-motivated.

Maybe those who are working to sell this misplaced narrative should mull the following: Did Mingo deviate from the SoPs? Did Mingo attempt to declare inaccurate results at Ashmin’s building? Did Mingo deny political parties an opportunity to examine the SoPs to ensure they are accurate at the GECOM Headquarters? Did Mingo commit electoral fraud? Did Mingo collude with others to undermine democracy and derail the electoral process? Was Mingo given a chance to right the wrong he committed? There are many other similar questions that could be asked.

But, taking into consideration the above questions and the fact that the people of Guyana suffered for five months as a result of his actions, the probe by the police and the subsequent charges are all the making of Mingo and no one else.

He got himself into this when he attempted what I consider and electoral coup, knowing there are serious consequences for such actions.
With that said, Mingo has another chance to make this right. He must say who are the intellectual authors of this crime. He must say what led to him deviating from the established process. He must say why he deviated.

The ball is now in Mingo’s court. He can choose to expose the intellectual authors behind the attempted rigging or condition his mind to face the consequences of that dastardly act of attempting to steal the will of the people. Whichever way it goes, justice will and must be served. Guyanese are smart people and will not be fooled by the cries of racism and political persecution.

If you do the crime, prepare to do the time. Regardless of whom it may be, electoral malpractice, trampling on democracy and suppression of the will of the people will not and should not succeed in any democratic society. People must be held accountable for their actions.