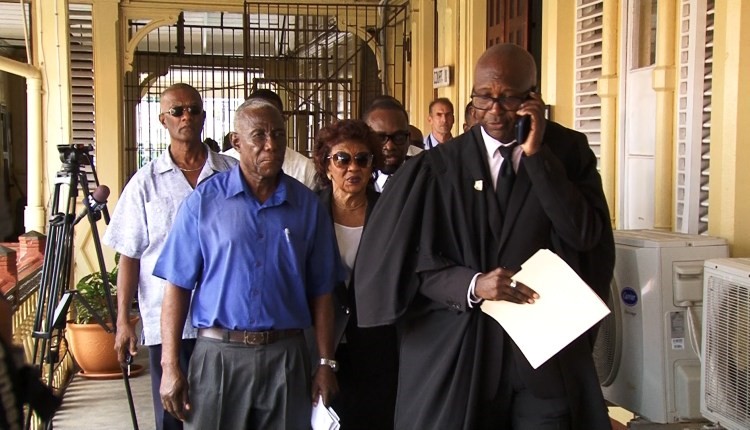 Chief Justice Roxane George was on Friday forced to assert her judgment a day before that the Returning Officer for Electoral District Four must use the original Statements of Poll (SOPs) he received from Polling Places in the Region in his tabulation to come to a declaration.

“They want and are entitled to see it (the SOPs),” the Chief Justice stated as she took the bench to hear contempt of court proceedings filed against Mr Clairmont Mingo for not abiding by the court order.

When the process resumed on Friday morning, what Mr Mingo started to do was to call out the number of the polling place and then calling out the votes cast.

But after the Chief Justice’s intervention, Mr Mingo’s attorney Neil Boston, in the presence of the Chairman of the Guyana Elections Commission (GECOM) Justice (Rt’d) Claudette Singh, undertook to abide by the clear judgment of the court for the SOPs to be displayed.

The parties have already complained that the numbers being called out are fictitious numbers which do not match the copies of the SOPs they have; the Judge said she was not concerned with that.

But the Chairman of the Commission said the declaration can be challenged in a recount.

The GECOM Chair said she was pleased with the outcome of the proceedings before the court and she said there would be compliance and that the Statements of Poll would be displayed.

The Chief Justice said her ruling was intended to avoid any doubts about the credibility of the process.

She was clear that the SOPs must be seen by those entitled to be there.