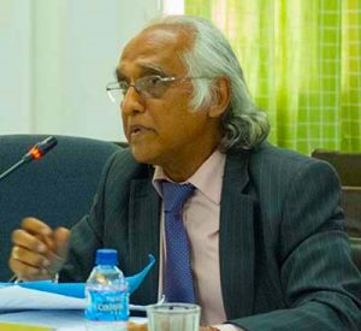 Once again, Chief Justice (acting) Roxane George-Wiltshire deserves kudos for the speed with which she heard and gave judgment in the matter of the tabulation of the Statements of Polls by the Returning Officer of Region (District) Four Clairmont Mingo. The Chief Justice ruled that the purported declaration of the Region 4 results by the Returning Officer was null and void: Mingo had failed to carry out his statutory duty in the tabulation process set out in the Representation of the People Act. She also ruled that the Guyana Elections Commission (GECOM) cannot declare a final result until the declaration for Region Four is properly done.

The question which persons are asking however is whether Mingo was careless, incompetent, dishonest or compromised , in the several areas of non-compliance by him. Mingo was appointed by GECOM to head the largest electoral district in Guyana and he must be assumed to be fully aware of his statutory powers and duties. That should take care of the question of carelessness and incompetence. Dishonesty goes to the difficult question of intent while compromise is one of facts, one of which was Mingo’s asking an APNU+AFC representative to sign alongside him on a Declaration.

Many persons believe that Mingo knowingly violated the Represen-tation of the People Act with the improper motive of helping the APNU+AFC. What the Court has done is apply a narrow interpretation of the law while emphasising Mingo’s almost unlimited powers. Powers carry with them corresponding duties but it is now left entirely to the same man who grossly violated the law to control the restarted process. I was disappointed that the Court did not see it fit to give Mingo even a rap on his knuckle for his unlawful action which has placed this country’s democracy in jeopardy, its people in danger and its economy in downturn. The consequences of his actions are simply incalculable.

It is a matter of public knowledge that GECOM, of which Mingo is a senior officer, ordered the vacating of the building which compromised the chain of custody of the Statements of Poll for the District. Yet, Mingo has the exclusive power to determine the process he will use, whether he needs to start the process afresh or resume from the point where GECOM had agreed as many as 40% of the Statements of Poll with all parties and observers present. Worse yet, Mingo seems able to decide that he and he alone will decide whether he will use the spreadsheet that by all accounts was so flawed that the Chief Election Officer had to admit to a substantial error rate.  I would not be surprised if Mingo sees this as licence to do as he pleases, if not quite repeat his performance at the first aborted attempt.

Mingo is now emboldened that his power extends to relying on Statements of Poll which may very well have been tampered with and to disregard the carbon copies of accurate SOPS not only in the hands of a number of other persons, but also posted publicly by GECOM for the world to see. As recently as last year, the UK Supreme Court reaffirmed the principle that “fraud unravels all”. It seems however, that even in the event of compelling evidence of fraud, any unilateral decision on any particular SOP or declaration of results for the Region can only be resolved by an election petition. To many persons, it might seem more sensible and in the interest of the country to have such issues resolved among the parties and in the presence of independent observers before the resumption. The Court did not make any such order.

While supporting the importance of transparency, the Court also addressed dis/order in the counting room and the power of the Returning Officer with respect to persons who can be present at the counting. If the Returning Officer chooses to exclude even accredited observers, he has that power. That is certainly not how transparency is applied in 2020, some fifty-six years after the passage of the Representation of the People Act, including the provision giving the Returning Officer that power in a less partisan Elections Commission. In fact, in an era when so many things are televised and live-streamed, the Court could have directed GECOM not only to ensure the presence of observers but to have the process live-streamed, as the Chief Justice did for her own court!

However, to put all the blame and responsibility for the fiasco on Mingo alone would be to give a pass to Chief Election Officer Lowenfield and Chairperson of GECOM Madame Justice Claudette Singh. The former appeared quite willing to join with Mingo in his unlawful declaration. The latter has now proved to the world that she lacks the capacity to carry out her duty to ensure that she and GECOM preside over elections conducted in accordance with the Constitution and international standards. She has allowed a career and reputation earned over decades to be shredded over a few weeks – an inexplicable tragedy.