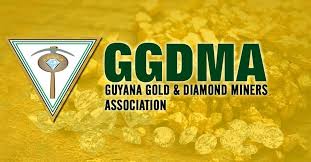 Warning about the possible blacklisting of the country, the miners association yesterday called on the Guyana Elections Commission (GECOM) to conclude the tabulation of results for Region Four in accordance with the law.

In a sharply worded statement on the crisis engulfing the country over the Region Four results, the Guyana Gold and Diamond Miners Association (GGDMA) also echoed the call issued yesterday by the western countries for “President Granger to avoid a transition of government”  as it would be “based on a vote tabulation process that lacked credibility and transparency.”

The GGDMA urged the contesting parties not to accept the Region Four results as delivered on Thursday even it was  in their favour.

“GECOM must follow the legally sanctioned process that would allow for the credible and transparent declaration of the results and not allow a cloud of suspicion to continue to hang over the elections, the final result and any future government”, the miners’ body said.

The GGDMA called on Chairwoman of GECOM, Justice (retired) Claudette Singh, of GECOM to publicly denounce any illegal proceeding and return to an agreed process that fosters transparency. The GGDMA further called on  GECOM and all parties to complete the verification and tabulation process using the statements of poll and ensure that the final results are free from suspicion and doubt.

The GGDMA said that there is still an opportunity for the election to regain credibility once it follows the legally prescribed pathway.