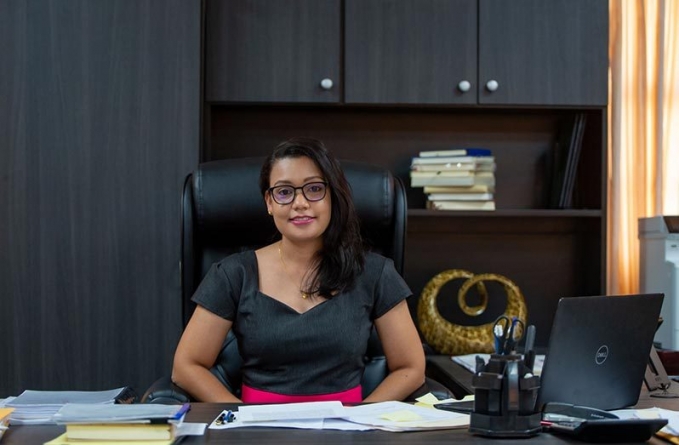 MINISTER within the Ministry of Housing and Water, Susan Rodrigues, said the new administration has inherited several issues that must be resolved concerning the allocation and infrastructure of house lots.
“Persons received letters saying they were allocated house lots in certain areas.  The difficulty we have is that in those areas that persons were allocated, most have no infrastructure or they lack even basic infrastructure,” Minister Rodrigues told DPI in an interview on Monday.

She pointed out that this means the ministry will have to embark on massive infrastructure to create these house lots. This, Minister Rodrigues said is adding to the backlog in the system.
“Let me say, that house lots do not exist! There are just muddy plots of land that do not have any infrastructure….To compound this, many of the areas that have been allocated, the transaction, the transfer of those lands has not been made to CH&PA. So, that is contributing to the backlog and unless we properly acquire those lands, do the infrastructural work which we are mandated to do and then properly allocate them, that’s the only way we can start to roll out our programme.”

Basic infrastructure, such as water, electricity and roads to create access to those plots of land will have to be installed.
“We have to identify areas that are currently controlled by CH&PA [Central Housing and Planning Authority] and begin infrastructure in those areas. [Therefore] to deliver on our promise, we have to now look for additional areas, the land we have to first acquire and then carry out infrastructural work before we can allocate those lands and we will remain steadfast to that commitment,” Minister Rodrigues emphasised.

Because persons were issued letters to inaccessible lands, under the previous administration, the Housing Ministry will now have to put the allocation of house lots on hold, while the necessary groundwork is done to allow persons to be properly allocated so they can begin building their homes.
Minister Rodrigues assured that the ministry is currently targeting the preparation of lands.
She reminded that President, Dr. Irfaan Ali, once worked in the housing sector. As such, “We have to work closely with him because we can draw from his experience while he was minister of housing and water. So, citizens can rest assured that we remain committed despite the challenges we face.”