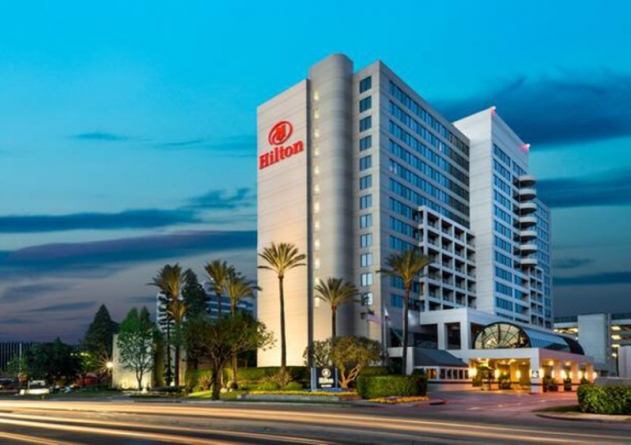 A MEGA Hilton Hotel will soon tower over the community of McDoom on the East Bank of Demerara (EBD), where large businesses, particularly those related to the nascent oil-and-gas industry, have already started to ‘sprout.’

The over 200-room, multimillion-dollar hotel will add more life to the communities of McDoom and Houston, which are already home to businesses such as Gafoors, Guyana Shore Base Inc, Farm Supplies Limited and Pritipaul Singh Investments Inc., among others.
Guyana, with its new-found oil wealth, is on the cusp of economic transformation and has already received the title of “investment capital” of the Region and possibly the world. This title has served as a magnet for investors who are turning their attention to Guyana.

In the case of the Hilton Hotel, the investor bringing the brand to Guyana is said to be Guyanese. The Guyana Chronicle was reliably informed that this investor’s Expression of Interest (EoI) was among the 29 others submitted by various companies to the Government of Guyana.
The government had put out an advertisement for expressions of interest and requests for proposals to build hotels in Guyana. The aim, as outlined by the President Dr. Irfaan Ali, is to provide at least 2,000 first-class rooms, making Guyana “a conventional destination.”
The Hilton Hotel is just one such facility that falls in line with the government’s vision. This newspaper understands that the construction of this hotel is expected to commence soon, as the investor has already received a construction permit.

An official Memorandum of Understanding (MoU) for the construction of this hotel will be signed today by the investor, the Guyana Office for Investment (Go-Invest) and the Ministry of Tourism, Industry and Commerce.
The Hilton Hotels & Resorts is a global brand of full-service hotels and resorts and the flagship brand of American multinational hospitality company, Hilton.

According to the company’s website, with more than 575 hotels across six continents, Hilton Hotels & Resorts provides the foundation for exceptional travel experiences, and values every guest who walks through its doors.

This potential investment is seen as timely, because Guyana, which sits on the edge of South America and has a population of about 750,000 people, is expected to ‘boom’ with its new-found oil wealth, which is expected to drive infrastructural development and other sectoral advancements.
Only Saturday, it was reported too that owner of the Giftland Mall, Roy Beepat, plans to build a 12-storey, 400-room, multibillion-dollar Radisson Blu Hotel next to the mall.

The Radisson Blu is one of seven distinctive hotel brands under the US-headquartered Radisson Hotel Group, one of the largest and most dynamic hotel groups in the world, with over 1,100 hotels in destinations globally.

The investment, Beepat said, is expected to be somewhere in the vicinity of US$80-100 million, and the building is set to be situated on a section of the Giftland Mall’s current parking lot.

“We have three acres on the car park; that’s about 130,000 square feet. We’re only going to use 90,000 square feet of that, but we’re going up 12 floors, which would give us over one million square feet in space,” Beepat explained of the grand plans for the hotel.
“Four floors will be hotels with 100 rooms each. We’ll also have 200 apartments and rooms for things such as banqueting, conferencing, and business floors with business services. We’re hoping to bring five fast casual restaurants, such as Red Lobster, Olive Garden, Banana Breeze,” said Beepat.
President Ali had said that progress is expected on all fronts in 2021, which has since been designated as the Year of Investments and Development.
“What you will see next year is a flurry of development; there will be active work on the new Demerara Harbour Bridge, the new four-lane road, new hotels, and the creation of 50,000 homes,” said the President.

He said work will commence on the construction and rehabilitation of roads in hundreds of communities; new infrastructure will be created, and there will be major developments in every sector.

Additionally, private-sector investments are expected to increase, stretching from the construction of new shore bases to service the oil-and-gas sector, to new office complexes and other private development projects.
The President anticipates that with increased construction, there will be an increased demand for quarry and construction materials and labour.