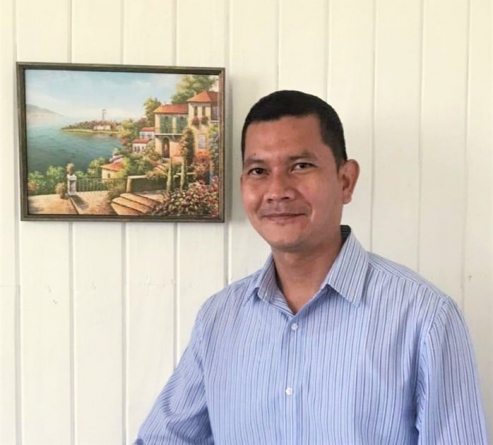 See statement from the Ministry of Education:

The Ministry of Education understands the importance of capacity building and continues to improve its structure to serve the needs of the nation. It is no secret that one of Guyana’s greatest challenges is ensuring that persons residing in the hinterland communities can access and benefit from the same opportunities and quality of education as those living on the coast.

To this end, Mr Marti De Souza will be performing the functions of the Deputy Chief Education Officer (Amerindian and Hinterland Education Development) until an appointment is made.

The post is new to the structure of the Ministry of Education and the role of the DCEO (AHED) will be to ensure that education policies and goals are established, defined and operable in the hinterland.

The purpose of the DCEO (AHED) is to bridge the gap between hinterland and coastal education with a view to eradicating altogether all inequities and inequalities in the delivery of education and associated services.

The aim is to prepare and place on equal footing the children of the hinterland so that all the economic, growth, development and other opportunities arising now and in the future will be available equally to them and their families resulting in Guyana developing at a faster rate.

As such, Mr. De Souza will be tasked with the effective management and coordination of education programmes in the hinterland.

Mr. De Souza who resides in Mabaruma, Region One joined the education fraternity following the completion of his CSEC Examinations in 1999 when he began teaching at his Alma Mater in that same year as an Acting Teacher.

The following year he enrolled at the Cyril Potter College of Education (CPCE) and graduated in 2003 with a Trained Teacher Certificate in Secondary Science. He then returned to the Santa Rosa Secondary School that year as an Assistant Master. From 2003 to 2015 Mr. De Souza occupied the posts of Head of Department and Head Teacher (ag).

He later registered in the Ministry of Education’s Cadet Officers programme which he completed in 2017 becoming an Education Officer 1.

Mr. De Souza is also the holder of a Bachelor of Education Degree – Administration with Distinction from the University of Guyana (UG). While at UG, he was on the Student’s Honour Roll for Outstanding Academic Performance for the academic year 2009/2010.
Meanwhile, from 2017 to 2020 he also functioned as a Radio Broadcaster on Radio Mabaruma.

He was also a Regional Youth Caucus Guyana Representative on the Commonwealth Youth Programme, a CARICOM Youth Ambassador for Guyana and served in the capacities of Coordinator for the Institute of Distance and Continuing Education (IDCE) and as a Science Lecturer for the CPCE Distance Education Programme.

Mr. De Souza brings to the post a wealth of knowledge, experience and fresh ideas that will help to drive the development of the education sector in the hinterland regions as the Ministry of Education works to bridge the gap between these communities and the coast.