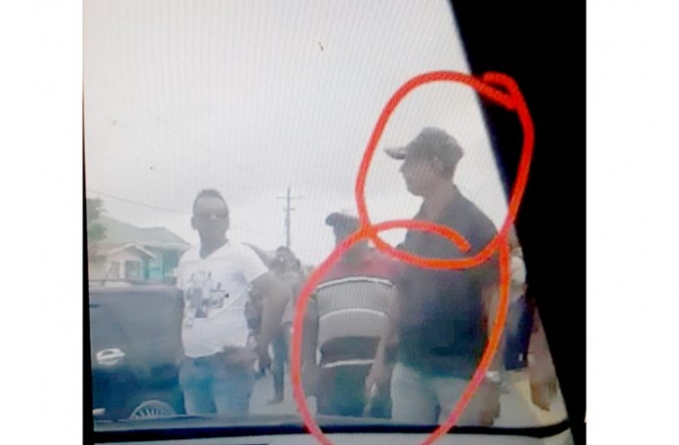 A man who was seen brandishing a firearm on the East Coast  of Demerara during protest action by supporters of the People’s Progressive Party/Civic (PPP/C) on Friday, has been arrested by the police.

The Guyana Police Force noted this evening that the weapon was lodged pending investigation.

In the video which was filmed by a motorist, the man was seen casually pulling out the weapon from his waist as the traffic was drawn to a crawl.The man’s actions were criticised by persons on social media.