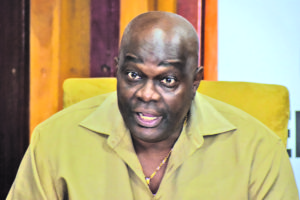 Chief Elections Officer Keith Lowenfield made yet another court appearance today where a decision regarding the continuation of the private criminal fraud charges against him was slated to be announced.

Lowenfield’s lawyer had requested that the charges be reviewed by the Director of Public Prosecution.

However, at court today, Lowenfield was told to return on September 11 for a decision. In the meantime, the charges against him remain.

Simultaneously, the Guyana Police Force has launched an investigation into alleged criminal conduct by Lowenfield and others.

The Force had announced that it has received reports which alleged criminal conduct by Lowenfield and others.

Lowenfield was slapped with three private criminal charges regarding conspiracy to commit fraud and breach of trust in public office.

They were filed by Josh Kanhai and Desmond Morian, private citizens.

Meanwhile, Morian is contending that Lowenfield, while performing his duties as CEO of GECOM, ascertained the results of the March 2 elections “knowing the said results to be false”, the said wilful misconduct amounting to a breach of the public’s trust in the office of the CEO.

Morian subsequently filed a third charge contending that Lowenfield conspired with person or persons unknown to use Returning Officer Clairmont Mingo’s fraudulent figures to prepare a report that was submitted to GECOM Chairperson, Retired Justice Claudette Singh, back in March.

The national recount exercise shows that the PPP/C won the elections with 233,336 votes. But Lowenfield has repeatedly refused to submit his final elections report with those figures.