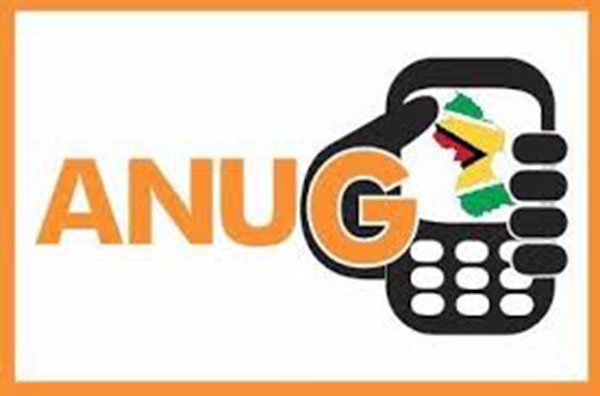 Following Chief Elections Officer (CEO) Keith Lowenfield’s clear insubordination of the Guyana Elections Commission (GECOM) on Saturday, A New and United Guyana (ANUG) said that he should not be allowed to further frustrate the completion of the already protracted electoral process.

This is after Lowenfield failed to submit his elections report based on the results from the National Recount, as directed twice by the GECOM Chair, (ret’d) Justice Claudette Singh, since Thursday. Instead, he presented a report on Saturday using fraudulent figures to give the caretaker APNU/AFC coalition a win.
However, the 33-day certified recount exercise shows a landslide victory for the People’s Progressive Party/Civic (PPP/C) by over 15,416 votes more than the coalition.

To this end, ANUG called on the GECOM Chair to dismiss the CEO, in accordance with the powers vested in the Commission under Section 161 (a) (1) of the Constitution and under laws which govern employment.
According to the party, which contested the March 2 elections, it is critical for Guyana at this edge of the precipice that the Elections Commission does not permit the CEO to continue to defeat the lawful conduct by GECOM of its function within the parameters set out by the July 8 decision of the Caribbean Court of Justice (CCJ).

The Trinidad-based regional court had invalided Guyana’s Court of Appeal’s ruling that “more votes cast” in the Constitution means “more valid votes cast” as well as Lowenfield’s previous report last month in which he dumped more than 115,000 votes to give the APNU/AFC a win.

“The CEO’s conduct, including most recently his refusal to adhere to the instructions of the Chair, his defiance of the CCJ ruling, and his failure to attend the meeting scheduled on Saturday 11th July, warrants summary dismissal. It is clear that he has no intention of carrying out the lawful instructions of the Commission, and he must not be permitted to frustrate the completion of the process,” ANUG said in a statement on Sunday.

The new political party, whose Leader is former House Speaker Ralph Ramkarran and Chairman is renowned Attorney-at-Law Timothy Jonas, contended that GECOM should, as a matter of administrative necessity, identify a nominee as Lowenfield’s replacement before the next meeting of the Commission. This, it noted, will ensure there is no delay after his dismissal to require the final elections report from the new CEO under Section 96, and to declare the election result based on that lawful report based on the recount as mandated by GECOM, and approved by the CCJ.

Moreover, ANUG went on to remind the Elections Commission of its duty under Article 162 (1) (b) to ensure “impartiality, fairness and compliance” with the Constitution. It further pointed out that GECOM’s continued indulgence of Lowenfield’s criminal conduct is a direct breach of constitutional duty, and a disregard of the will of the people as expressed in the National Elections.

The CEO is currently facing several private criminal charges for “Misconduct in Public Office” over his June 23, 2020 report to the Elections Commission, which has been discarded by the CCJ. After failing to turn up to court to answer to the charges, a summons has been issued for him to appear before the Georgetown Magistrates’ Courts on June 24.
ANUG is not the only party to call for Lowenfield’s removal. Several of the other political parties that contested the March 2 elections have similarly called on GECOM since Saturday to remove the CEO. These parties include the PPP/C, Liberty Justice Party (LJP), Change Guyana (CG), The Citizenship Initiative (TCI), The New Movement (TNM) and the United Republican Party (URP).

Meanwhile, as pressure continues to mount from the international community for GECOM to use the recount figures as the basis for the declaration of the March 2020 elections results, the Organisation of American States (OAS) on Saturday also reiterated calls for the CEO’s removal for his direct opposition to the instructions of the GECOM Chair.
“There can be no justification for this action. As intimated in our statement of July 10, this confirms that the Chief Elections Officer is acting in bad faith and contrary to the interest of democracy in Guyana. Let us be very clear – the only democratic solution for Guyana at this time is respect for the results of the National Recount. No other figures… can have any place in the final determination of results. A new electoral process is also an unacceptable solution,” the hemispheric body, which had fielded an Observation Mission to monitor the March 2 elections as well as the recount exercise, said in a statement.