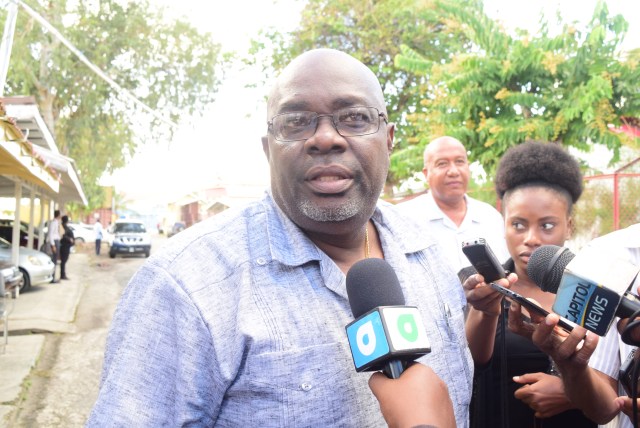 GUYANA’S Chief Elections Officer (CEO), Keith Lowenfield, is expected to appear in the Georgetown Magistrates’ Court today (July 24) to answer to private criminal charges brought against him for alleged fraud and misconduct, based on his Elections Report submitted to the Guyana Elections Commission (GECOM) on June 23.
Earlier this month, Magistrate Faith McGusty issued a summons for Lowenfield to attend court and answer to the charges. When the case was initially called, the Chief Elections Officer was a no-show, primarily because he was not served. He, however, was reportedly served on Thursday (July 23).

“Mr. Lowenfield has been evading the summons but fortunately, after careful planning and strategy, he was served at GECOM Secretariat’s office. Mr. Lowenfield will be expected to be present in Court… [on] July 24th, 2020 at 9:00hrs to face the private criminal charges brought before him,” Executive Member of The New Movement (TNM), Dr Josh Kanhai said in a statement on Thursday.

Kanhai, who is among the informants, is alleging that Lowenfield, between March 5 and June 23, 2020 conspired with person(s) unknown to commit the common law offence of fraud, to wit, the falsification of the elections results. A similar allegation was made by People Progressive Party/Civic (PPP/C) member Desmond Morian.

The Attorney General Basil Williams, however, has long indicated that the charges filed in the Magistrate’s Court against the Chief Elections Officer are unfounded and unsupported in law as questions into whether he has performed his functions validly is prohibited by the Constitution and the Representation of the People Act.
“Any enquiry that the law allows must come by way of an election petition to the High Court pursuant to Article 163 of the Constitution and the National Assembly (Validity) of Elections Act, Cap. 1:04,” the Attorney General had said.

He pointed out that Section 3 of the National Assembly (Validity) of the Elections Act, Cap. 1:04 provides that any question referred to in Article 163(1) (a), (b) and (c) of the Constitution may, with regards to an election, be referred to the Court via an Elections Petition.

Section 140(1) of the Representation of the People Act, Cap 1:03 states that the Court can enquire into whether any function of the Elections Commission or a member of the Commission has performed validly or at all. However, Attorney General said the enquiry of the Court is limited to questions on the membership of the National Assembly and elections pursuant to Article 163 and any law made under Article 163.