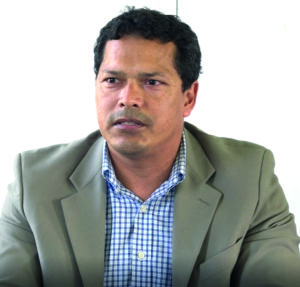 Heightening support has been pouring out for Chairperson of the Guyana Elections Commission (GECOM), Retired Justice Claudette Singh after a petition surfaced on Saturday calling for her resignation.

The document made its rounds on the social media platform – Facebook – and was signed by a small group of persons, who appeared to be mostly supporters of the caretaker APNU/AFC coalition. Only Friday, coalition supporters had protested GECOM’s Head Office in Kingston, Georgetown.
However, in separate statements over the weekend, several of the new parties that contested the March 2 elections have come to the defence of Justice Singh.
On Saturday, Liberty and Justice Party (LJP) expressed its “disappointment and disgust” with the calls coming from the “far reaches of the abyss where the dictatorial minions are for her – Madam Chair’s, resignation and the petition emanating therefrom.”

The party, in its missive, pledged its support for the GECOM Chair, saying that she continues to conduct herself in line with her lifelong legal training and profession, and in the most objective of manners, poses the obvious threat to people who intend to undermine Guyana’s democracy and who want to hijack the will of the people.
Meanwhile, The New Movement (TNM) also in a statement on Saturday noted that amidst the misery and frustration over the past four-plus months, some individuals have emerged with high morals and standards – Justice Singh, the party said, is one of those persons.

“Madam Chair, TNM wants to encourage you to remain in high spirits for the end is near. We have seen the disheartening statements and antics hurled your way by protesters of the sanctioned Government and we are not pleased. We want you to know that this small group’s plans to thwart this entire process will not be fruitful and we are confident that they will not pierce your just heart, Iron Lady. You have shown utmost courage, bravery and patriotism over the past months and we thank you,” the party stated.

According to the TNM, the nation is looking up to her as it anxiously but eagerly awaits the declaration of the President-elect. As such, the party encouraged the GECOM Chair to remain steadfast to the true numbers produced during the recount process, which it said was executed and completed in a safe and efficient manner.

“The task ahead is great and only a substantial person, like you, can take it head on. Keep the faith, TNM stands for you and not against you,” TNM noted.
Meanwhile, the leader of the United Republican Party (URP), Dr Vishnu Bandhu on Sunday also threw his support behind the GECOM Chair, saying that not only is she a woman of high standards, moral Integrity and honesty but has also demonstrated loyalty to her office.

“URP supports the Chairman and all of her decisions and trust that she remains the course and delivers to the Guyanese people a fair and impartial declaration of March 2, 2020, General and Regional Elections,” the party stated.
Dr Bandhu said that the petition is an attempt, once again by A Partnership for National Unity/Alliance For Change (APNU/AFC) to derail the electoral process.

He reminded that both caretaker President David Granger and Opposition Leader Bharrat Jagdeo had agreed to the recount and to accept the results of the exercise. However, he noted that 33 days after millions of Guyanese taxpayers’ dollars were spent for the recount, the APNU/AFC and President Granger are refusing to accept those results.
“Ms. Singh has been fair and impartial in all of her decisions in relation to bringing an end to the current electoral Impasse. Anyone in their right mind will not call for the resignation of such an outstanding Public Servant who has conducted herself admirably as the GECOM Chair. Let us not forget the lengthy process that eventually placed this honourable lady in the position she now holds and executes with utmost legal tenacity and fortitude. The electoral process will be further stymied if she were to resign at this time. APNU/AFC cannot be allowed to prevent a legitimate President from being sworn in,” the URP asserted.
This petition comes on the heels of already heightened online abuse and threats against the GECOM Chair since the March elections.

In fact, back in April, she had reported a death threat on her life to the Police Force.
More recently, however, the attacks have escalated following her decision to discredit the initial declarations of the 10 Returning Officers and use the recount figures for the final declaration of the elections results.
Only last week, a 27-year-old man from Wismar, Linden, was charged under the Cybercrime Act and placed on $500,000 bail after threatening to kill the GECOM Chair in a Facebook post from a fake profile.

On Thursday last, the three Opposition-nominated Commissioners at GECOM, Sase Gunraj, Bibi Shadick and Robeson Benn, also condemned the scurrilous attacks on Justice (ret’d) Singh and urged the perpetrators, including senior members of the coalition, to desist from these vile attacks.
The following day, the Private Sector called on the police to step in and take action against those persons hurling attacks against the GECOM Chair.
Meanwhile, United States Ambassador to Guyana, Sarah-Ann Lynch has also condemned these vile attacks against Justice Singh.