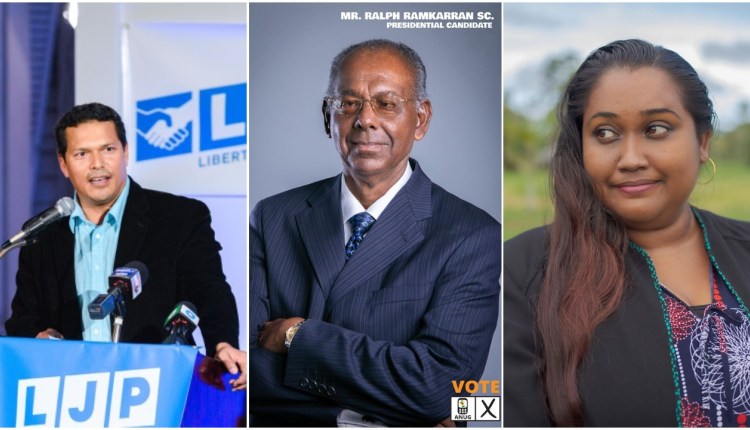 The Liberty and Justice Party (LJP), A New and United Guyana (ANUG) and The New Movement (TNM), have made a decision to join their lists so that the combined votes they secure at the March 02 polls could be counted towards regional and Parliamentary seats.

The move would be considered historic as this would be the only known time in the history of Guyanese politics that parties have decided to go this route.

The provision to join two or more lists is catered for in the country’s elections laws, namely Section 22 of the Representation of the Peoples Act.

The News Room understands that the parties informed the Guyana Elections Commission (GECOM) of their decision on Friday, narrowly meeting the deadline within which they could have done so.

The joinder of the list will have to be published in the gazette in order to become official. All the lists will be published on Sunday.

Once the elections results are known, the combined votes they receive will be calculated and go towards the allocation of seats on Regional Democratic Councils and the National Assembly.

The parties will have to decide on a mechanism by which they will select persons to sit on Regional Councils or in Parliament, if they are able to amass enough votes to win such seats.