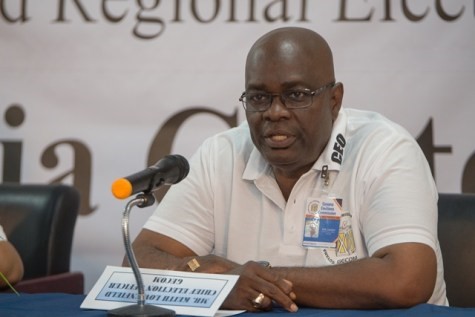 As the courts now consider whether the Guyana Elections Commission (GECOM) has complied with the law in its handling of the results of voting in Region Four from last week’s general elections, the law suggests that if needed there should be at least four copies of each Statement of Poll (SOP) from every polling station in the region in possession of at least four persons, including the Chief Election Officer (CEO).

Amidst the controversy over the results, contesting parties and local and international observers have said that the transparent tabulation of voting in the region using the SOPs was interrupted and that the process needs to be completed in keeping with the law.

However, at least one senior member of the opposition People’s Progressive Party/Civic (PPP/C) Gail Teixeira has claimed that GECOM is “working to create fake statements of polls.” Teixeira’s claim, which was made in a video statement on her party’s Facebook page on the same day that other members of the party were emphasising the need in the High Court for GECOM to use the SOPs in its process to declare the results.

Teixeira’s claim was labelled as both absurd and desperate by the incumbent A Partnership for National Unity/Alliance for Change (APNU+AFC). “This statement alone about GECOM is totally irresponsible and should be rejected by all right-thinking Guyanese, irrespective of political affiliation,” the coalition said in a statement in response yesterday, before adding that the claim shows how far the PPP/C will go to discredit and delegitimise GECOM to gain public support for its “alternative facts” and “false narrative” on the election outcome.

According to the Representation of the People Act, a Presiding Officer (PO) once counting is over shall complete the Statement of Poll in Form 23A. The PO is specifically required to prepare and certify a sufficient number of copies of this document for distribution: (a) to the Returning Officer (RO); (b) to the assistant presiding officer; (c) to such of the duly appointed candidates or the polling agents as are present; and (d) to the CEO.

The original SOP shall be posted in a conspicuous place outside the polling place as conclusive evidence of the result of the election for that polling place.

Further, the presiding officer shall then deliver a Statement of the Poll in Form 23A placed in sealed envelope to the RO of the district in which the polling place is situated.

Therefore at the end of Elections Day, a certified SOP for any given polling station should be in the possession of at least four persons, including the CEO.  “Certified” in this case refers to the document bearing the original signature of those present at the time of counting, including the Polling Day staff and duly accredited party agents. In some cases, both local and international observers have also signed these documents, although there is no requirement for them to do so.

It is conceivable that in the verification process for the SOPs, different SOPs for the same polling station could surface and pose the dilemma as to which is authentic.

Section 84 of the Act goes on to direct that as soon as practicable after the receipt of all the ballot boxes and the envelopes and packets delivered to him in pursuance of section 83(10), the RO shall, in the presence of the persons entitled to be present, ascertain the total votes cast in favour of each list in the district by adding up the votes recorded with the SOPs, and thereupon publicly declare the votes recorded for each list of candidates.

Additionally the law provides that where an election officer for a polling district discovers an error on the SOP, he shall inform the PO for that polling station forthwith. The PO, if the SOP has not yet been sent to the RO, in the presence of the persons who signed the original SOP, shall prepare a corrected SOP, signed by himself and the original signatories present and the corrected SOP shall be sent to the RO.

In cases where the mistake is discovered when the SOP is in the possession of the RO, the PO shall be informed of the mistake and the RO shall summon the PO and the persons who signed the original SOP for the purpose of effecting the necessary correction to the document.

This occurred on March 3 in Region Six when RO Savitri Mangar found that the SOP forwarded to her by the PO from Number 71 Village was blank.

At that point the RO in the company of all party agents visited the polling place to compare the information publicly posted with that in possession of the various party agents. Once it was found that the information on all copies correlated, the PO was prevailed upon to complete and have signed the RO’s copy.

According to the Stabroek News reporter who was present, the PO apologised for the “human error” which resulted in the situation and corrected the SOP.

In keeping with the legal provisions, the corrected SOP was used in making the public declaration.

This is similar to the process used in 2015, when CEO Keith Lowenfield discovered 33 SOPs which had “irregularities.”

At the time, Lowenfield explained that the SOPs emanated from all ten administrative regions and reflected just about 300 votes that were not eventually included in the final tally.

The SOPs used by GECOM have certain security features, Lowenfield had said, which led him to quickly discerning the fake ones.