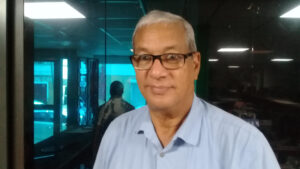 Lashena Morgow, the woman who allegedly killed her abusive brother last week in defence of her sister-in-law, is out on bail and a lawyer has committed to offering pro bono services to her. This astounding development in the matter is in fact the handiwork of Frank De Abreu, the owner of De Sinco Trading on Sheriff Street in the capital city. Clearly, the recent fire that destroyed a section of his business a few months ago was not a deterrent to De Abreu. Upon reading of Morgow’s plight in the newspaper, he decided to pay the $250,000 bail assigned to her when she appeared in court on a manslaughter charge last Thursday.

According to De Abreu, having learnt of the circumstances that led to the 31-year-old woman being arrested and charged, he felt inclined to lend his support as far as possible. He first paid the bail and went on to solicit the services of the lawyer who also had compassion on the woman and opted to work pro bono.