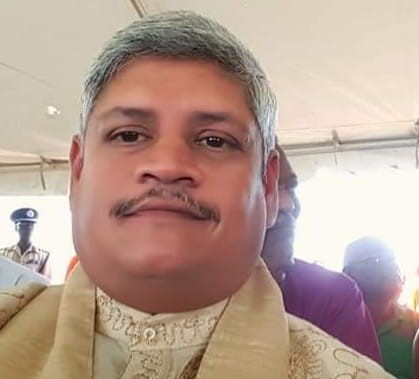 Former APNU+AFC Minister Jaipaul Sharma today issued an apology to Attorney General Anil Nandlall over statements he had  made on his Facebook page.

The allegations by Sharma resulted in Nandlall filing a lawsuit against Sharma and PNCR member James Bond.

“My family called a meeting and the consensus was that I apologise to the Attorney General and Minister of Legal Affairs of Guyana MOHABIR. A. NANDLALL on Facebook and to close my Facebook Account…

I had to agree with them, since I was outnumbered and since I believe in democracy.

I therefore issue an apology to the Attorney General and Minister of Legal Affairs of Guyana MOHABIR. A. NANDLALL.

In addition, I will close my Facebook account after 5 day of this post during which period I will not make any further post about the Attorney General and Minister of Legal Affairs of Guyana MOHABIR. A. NANDLALL, if he discontinue with his legal action against me”.

Nandlall is also seeking court costs and any other order the court may deem just to grant.

The AG says that the publications have the potential to sully his reputation, standing and integrity especially given Facebook’s reach.