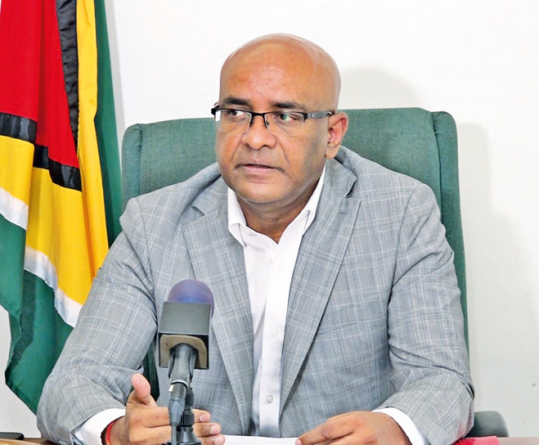 General Secretary of the People’s Progressive Party (PPP), Bharrat Jagdeo has challenged President David Granger to publicly say he will not be sworn in on the basis of the declarations made last week by Returning Officer Clairmont Mingo.

“It could easily go away if Granger states publicly what he said to Mia Mottley…if he says that he will refuse to be sworn in on the basis of results that are not transparent,” Jagdeo said of the current stalemate.

Speaking at his weekly press conference which was moved to Freedom House, the former Opposition Leader maintained that the President cannot distance himself for the court case which is to be heard today at 9am.