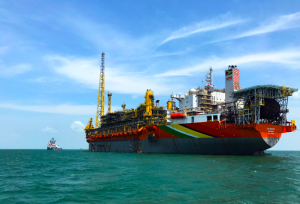 ExxonMobil would have no difficulty paying its fair share of taxes to Guyana. The share it would have to pay is actually quite manageable.
That is the view of The Value Portfolio, a column on Seeking Alpha, where investors provide analyses of energy sector companies.

A recent analysis on ExxonMobil, discussed Guyana, where it finds offshore represent some of the most significant the company has ever made.
The agreement governing the fiscal agreement between Guyana, Exxon and its partners, Hess and Nexen, grants the oil companies a permanent tax holiday,

Not only are the companies exempt from taxes, Guyana has also agreed to give the companies tax certificates so they can avoid paying taxes in their home countries.
It is common for tax exemptions and other generous concessions to be granted to keep investors in otherwise difficult situations. But in Guyana, ExxonMobil is quite lucky.

The Value Portfolio noted that the break-even rates for Guyana’s crude are “incredibly low”. The breakeven rate is the price at which a company can sell a product, making neither a profit nor a loss. Exxon’s Liza Phase One rate is US$35 a barrel, and Liza Phase Two is set to start in 2022 at US$25 a barrel. These are some of the most attractive breakeven prices in the world.

The Value Portfolio pointed to a letter by Chartered Accountant, Tameshwar Lilmohan, to Kaieteur News in February, which states that Guyana is set to lose US$15B from the corporate income tax exemption.
“This exposé represents just one aspect of the many perils of the Guyana-ExxonMobil Petroleum Agreement,” Lilmohan said.

The Value Portfolio investors say that while ExxonMobil’s technologies and abilities are useful to Guyana, the US$600B in oil Exxon is expected to produce at a price of US$60B a barrel is a good enough amount that the company can manage the little it would cost it to be taxed.

If Guyana taxes ExxonMobil for its operations, the contract would require Guyana to repay Exxon for every cent. However, renegotiation of the agreement is an option, once Exxon and its partners agree to do so.
The tax holiday is just one of many unfair provisions in the Stabroek Block agreement, which has garnered international condemnation.

Lilmohan said in his letter that “In the interest of a clean and healthy relationship between Guyana and the Contractors going forward, I am proposing that this Agreement be revisited and revised to produce a fair, equitable and legally binding Agreement.”

Global Witness found that the deal is so lopsided that it will cost Guyana US$55B over its lifetime. The Government continues to be urged to renegotiate the contract, which was inked by former Natural Resources Minister Raphael Trotman in 2016 under suspicious circumstances. Global Witness has urged Guyana to investigate the circumstances under which the award was made, and renegotiate with haste. Experts have advised Guyana to renegotiate the agreement before it approves Exxon’s third intended development, Payara.