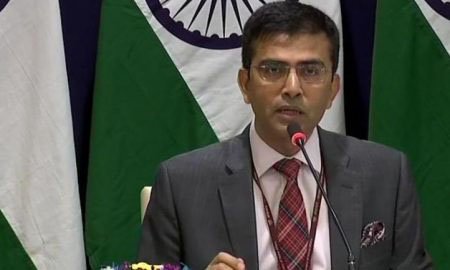 India yesterday said that it is crucial that Guyana’s electoral processes are credible and fair.

It was New Delhi’s first comment on the elections maelstrom here and was delivered by spokesperson for the Ministry of External Affairs, Raveesh Kumar.

He said “We are following the developments with respect to elections in Guy-ana closely. As a democracy itself, and a time tested friend of Guyana, India would underline that it is important that Guyana’s electoral processes are credible, fair and transparent. It is in the interest of all parties that the elections are so assessed both by the people of Guyana and the international community”.

Following the March 2nd general elections the country has been mired in crisis as there has been unanimous condemnation of a non-transparent tabulation for Region  Four – the largest electoral district. The tabulation has been condemned by Western countries, five overseas observer groups and domestic monitors.