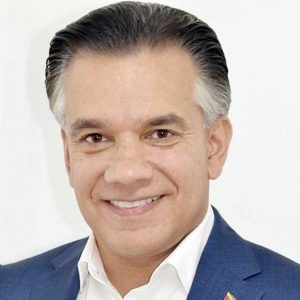 If there is no respect for due process or the will to ensure a legitimate government is sworn in, then Guyana could see its business environment changing completely as well as the loss of key opportunities to lift households out of poverty within a decade.

This is according to Chairman of TOTALTEC Oilfield Services Limited, Lars Mangal.
The businessman, who has more than 30 years experience in the petroleum industry, made these and other comments during a recent interview with Kaieteur News regarding companies’ perspectives on the electoral process.
Since the March 2 General and Regional Elections, there has been stark disagreement between the government and the political opposition, the People’s Progressive Party (PPP), on the integrity of the votes counted for Region Four. The matter ended up in the hands of the judiciary, which later directed that there be respect for transparency and due process in the tabulation of the Statements of Poll.

But further issues still ensued. Following an intervention by CARICOM, there will now be a recount of the votes for all the administrative regions which a high level CARICOM team will oversee.
But upon noting all that took place since March 2, along with allegations that the integrity of the electoral process was tampered with, Mangal said, “The business environment changes completely if you have an illegitimate government.
This catapults Guyana back 50 years and shuts down every hope of the prospect to lift every Guyanese household out poverty within a decade.”

Further to this, Mangal said, “We have already curtailed multiple investment plans as a direct result of the behaviour we are seeing from the current government post 2020 election. Several of our international investment partners are now reconsidering plans…”
The entrepreneur was keen to note that the country is now at grave risk of missing out on a unique window of opportunity to be one of the few countries to benefit in a strong way from its oil and gas industry.
To ensure that the nation and its people benefit from the over 8 billion barrels of oil equivalent resources in the Stabroek Block, Mangal said that some key ingredients are required.

He said that these include a legitimate government, good governance, democracy and visionary leadership. Expounding further, the TOTALTEC Chairman said that the number one priority must be an agenda to lift every Guyanese household out of poverty within a decade while noting that 60 percent of the oil revenues could be dedicated to this purpose.
He said too that 30 percent of the revenues could go towards infrastructure development while 10 percent could be used for building institutional capacity for the educational institutions, the petroleum commission that is expected to come on stream, the oil ministry and even for a national oil company.

“A couple of good men and women are required to implement above,” Mangal said.
Operator of the Stabroek Block, ExxonMobil’s subsidiary, Esso Exploration and Production Guyana Limited (EEPGL), was also asked for its perspective on what is taking place and whether its business decisions would be guided by comments from senior USA officials, the essence of which states that the USA would not recognize a government is sworn in via a nontransparent process.

The American oil giant’s only response was, “We are monitoring the situation closely. It would be premature for us to comment at this time.”