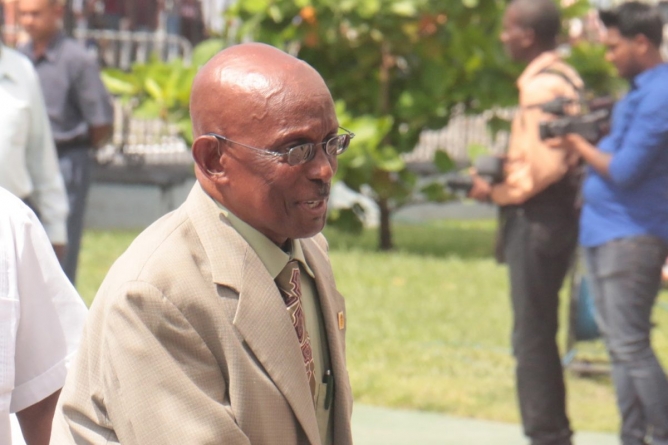 Last week, in reply to a hypothetical question posed to me on the popular Mark Benschop programme, ‘Straight Up,’ I did use the words set ‘aside the Constitution and Laws.’
Standing by itself, these words are inappropriate. They are neither reflective of my beliefs nor stance in the context of Guyana.
As such, I publicly express my regrets for these words.

I am wedded to the concept and utility of the three branches of governance, the Executive, Parliament and Judiciary.
With respect to the last named, we remain wedded to its importance of the Judiciary, even though, we ordinary folks occasionally worry about the way some judicial officers interpret laws, but this is a universal problem.
For decades, I have promoted the idea of a National Front Government to forge unity, buttressed by a moral and spiritual revival.

A country where our political, religious and civic leaders have a moral sense guided by a sense of decency and are true patriots where Guyana is first and foremost, never yielding to the blandishments or temptations from external forces.
The above to be energized by a responsible and credible fourth estate, a media, that gives good guidance whilst seeking the truth.