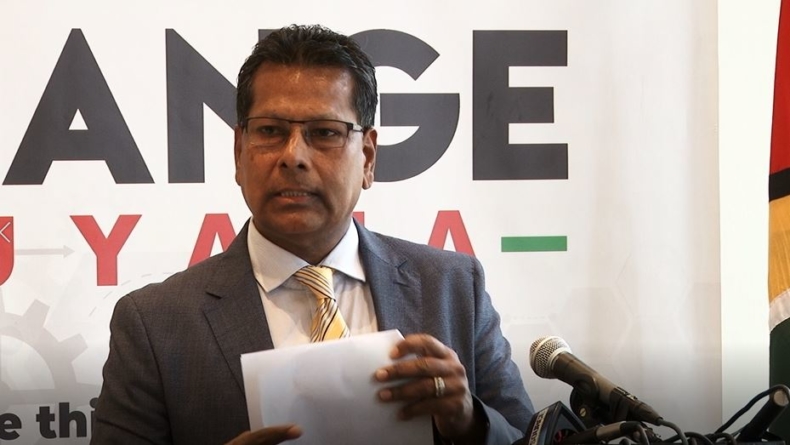 Presidential Candidate of Change Guyana, Robert Badal, has said he was never officially engaged by the three parties that joined their Lists of Candidates ahead of the March 2, 2020 elections.

A New and United Guyana (ANUG), the Liberty and Justice Party (LJP) and The New Movement (TNM) had joined their list so that the votes they secure could be counted collectively and improve their chances of gaining a seat in the National Assembly.
The parties have since said their “collaboration” is not a “coalition” and as such, they will contest the elections as individual parties. Representatives of the three parties said they had initially engaged Change Guyana and The Citizenship Initiative to be part of the arrangement, but Badal said he was not officially engaged.

“I don’t know what discussions were held, but certainly if a party has value to bring to us we will look at it…the fact is, somebody called me and I was campaigning in Essequibo and they said tomorrow is deadline why we don’t join the list, sign then discuss later.
“I said I will be back and we could hold a meeting…I do not believe in join now and talk later, we got to talk first…none of my deals has been done like that because people hold you to ransom after,” said Badal during a press briefing at Pegasus, on Tuesday.

The presidential candidate, while not closed to the possibility of a coalition, said his party needs to see what others have to bring to the table and the value they could add before a decision is made. “We would not do something to create news…our motive is to increase coverage of the country, meet people on the ground and so forth…I believe we have a lot of traction across the country,” said Badal, adding that his party has been well-received across the country, and coalescing would possibly reduce that traction.