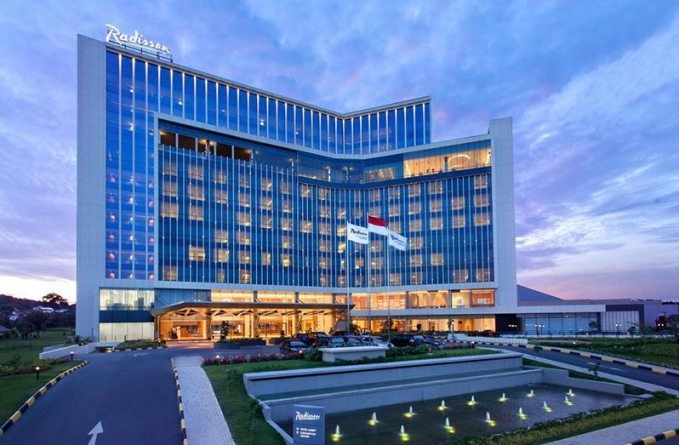 IN anticipation of a rise in visitors and traffic to one of the newest petroleum states, Guyana, renowned players in the international hotel industry have tendered their proposals to be part of the local growth by providing first-class accommodation and other activities/services.
Guyana, with its new-found oil wealth, is on the cusp of economic transformation, and has already received the title of “investment capital” of the region and possibly the world.

This has so far served as encouragement for some of the key players in the hotel industry like the Hyatt Hotels Corporation, the Radisson Hotels, and the Hilton Hotels and Resorts, among others, which have already submitted Expressions of Interest (EoIs) to the Government of Guyana.
Hyatt Hotels Corporation, commonly known as Hyatt Hotels & Resorts, is an American multinational hospitality company headquartered in the Riverside Plaza area of Chicago that manages and franchises luxury and business hotels, resorts, and vacation properties.
According to the Hyatt’s website, the company has more than 950 hotel, all-inclusive, and wellness resort properties in 67 countries across six continents.

Radisson Hotels, also a major stakeholder in the industry, is an international hotel chain headquartered in the United States. Radisson Hotel Group is one of the largest and most dynamic hotel groups in the world, with seven distinctive hotel brands, and more than 1,100 hotels in destinations around the world.
The Hilton Hotels & Resorts is also a global brand of full-service hotels and resorts, and the flagship brand of American multinational hospitality company, Hilton. According to the company’s website, with more than 575 hotels across six continents, Hilton Hotels & Resorts provides the foundation for exceptional travel experiences, and values every guest who walks through its doors.
The Government had recently put out expressions of interest and requests for proposals for investors to build hotels in Guyana. The aim, as outlined by the President, Dr. Irfaan Ali, is to provide at least 2,000 first-class rooms, making Guyana “a conventional destination”.

EOIs
Minister of Public Works, Bishop Juan Edghill was reported recently as saying that more than 30 EoIs were submitted to the Government, with at least two of them eyeing areas next to the Cheddi Jagan International Airport (CJIA).
Minister Edghill had said that he is satisfied with the two proposals for the construction of the hotels near the airport located on the East Bank Demerara.
“I must tell you I like what I see in those proposals,” the minister said, adding that the proposals were sent to the Ministry of Tourism, Industry and Commerce, and the Chief Executive Officer (CEO) of CJIA, Mr. Ramesh Ghir. 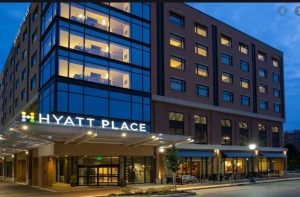 These potential investments are seen as timely, because Guyana, which sits on the edge of South America and has a population of about 750,000 people, is expected to ‘boom’ with its new-found oil wealth, which is expected to drive infrastructural development and other sectoral advancements.
According to reports, the country has already raked in close to US$150 million from its oil-and-gas sector, with lots more to be earned. But the focus, as outlined by the new People’s Progressive Party/Civic (PPP/C) Government, will be on maintaining a diversified economy.

YEAR OF INVESTMENTS AND DEVELOPMENT
President Ali had said that progress is expected on all fronts in 2021, which has since been designated as the Year of Investments and Development.
“What you will see next year is a flurry of development; there will be active work on the new Demerara Harbour Bridge, the new four-lane road, new hotels, and the creation of 50,000 homes,” said the President.
He said work will commence on the construction and rehabilitation of roads in hundreds of communities; new infrastructure will be created, and there will be major developments in every sector.

Additionally, private-sector investments are expected to increase, stretching from the construction of new shore bases to service the oil-and-gas sector, to new office complexes and other private development projects.

The President anticipates that with increased construction, there will be an increased demand for quarry and construction materials and labour.
“What we are looking forward to, or hoping for in 2021 is a post-COVID-19 environment; this would bring back the tourism and hospitality sector… We have seen the President talk about going out to request EoIs for four international hotels for us, but the first thing is to have a stable environment,” said Chairman of the Private Sector Commission (PSC), Mr. Nicholas Boyer in a past report.
Boyer said that while every industry has been affected in some way by COVID-19, there are areas such as construction and mining which remain resilient, and have continued to produce positive results.

President Ali had committed to getting the economy back on track, starting with the implementation of measures and projects included in the $329.5 billion 2020 Budget.
Budget 2020 includes a $25,000 cash transfer to every household; a $15,000 cash grant, and a $4,000 uniform voucher for schoolchildren; $800 million for the Amerindian Development Fund; $5 billion for the Guyana Sugar Corporation (GuySuCo); a two-week, tax-free bonus for members of the Joint Services; and $150 million for frontline workers, among many other benefits.

The President had also said that the government, after re-prioritising and re-programming fiscal measures, has managed to add $20 billion in relief to the “pockets” of Guyanese at a time when the nation is faced with the effects of COVID-19, and the recently concluded protracted electoral process. The conduits of relief include revised tax measures and sweeping incentives.