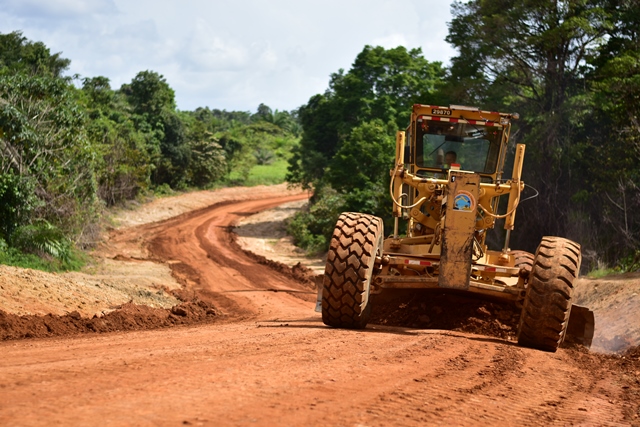 The Ministry of Public Works is making strides towards expanding the road network in the hinterland with the passage of Budget 2020.

The Ministry’s Hinterland Engineer, Mr. Jeffrey Walcott said contracts for additional roadworks in many regions and along corridors are to be issued.

In the North West District, rehabilitation works will start along the Wanaina to Yarakita corridor (Phase III) and continue at Barabina Swamp Road and the internal roads of Moruca. Compound Road in Mabaruma will also be rehabilitated.

For Cuyuni-Mazaruni (Region Seven), Mr. Walcott said the Ministry remains focused on bridging the link between Karrau and Buck Hall. Rehabilitation and construction work along the Bartica – Potaro corridor is also a major focus under the work programme for the hinterland.

Mr. Walcott highlighted another significant road network that will benefit persons in the extractive industry. “We are still focusing on connecting Region Seven to Region Ten through Butakari. So, that is actually going to provide an easier connection for a lot of loggers,” he said.

Additionally, the Hinterland Engineer said roads in Regions Eight and Nine will also receive attention as the Government seeks to establish all-weather roads in far-flung communities.

Concerning the Linden to Mabura link, Mr. Walcott said the first 10 kilometres of asphalt road is expected to begin next year.

The Kwakwani to Orealla road link where a 90-kilometre thoroughfare is set to link Region 10 to Region Six is another project that will be done in phases.