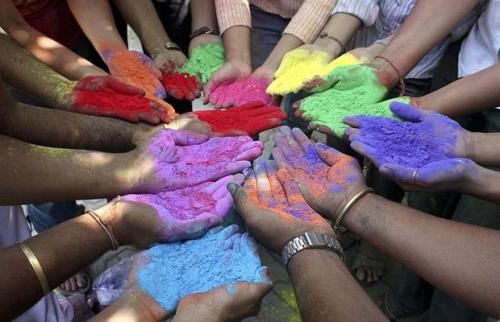 Majority of the Hindu Organisations throughout the country have called off their Annual Holi celebrations in light of the present political atmosphere which preceded the March 2, Regional and National elections.

While the Guyana Hindu Dharmic Sabah (GHDS) will proceed with the burning of the Holika, the massive event that is normally planned for the Everest Cricket Club Ground will not take place.

Jog Mahadeo of the Arya Samaj and also the founder of Inspired Inc. noted that due to the current situation on Guyana, the annual event planned for the Guyana National Stadium will not be held as was announced tomorrow.

In addition, Pujya Swami Aksharanandaji of the Saraswati Vidya Niketan on the West Coast of Demerara has confirmed that over 108 mandirs across the country will not be celebrating the festival on Monday while several organizations including the Pandits Council have also cancelled their celebrations.

Holi the Festival of Colours which symbolizes the triumph of good over evil is celebrated to usher in spring.