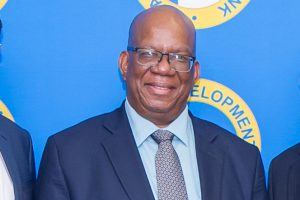 In a major ruling, the High Court has quashed the presidential respite granted to Finance Minister Winston Jordan, who was held in criminal contempt for the non-payment of over US$2.2 million owed to Trinidad company Dipcon, saying, among other things, that the decision was in excess of jurisdiction and no reasonable argument had been advanced in support of the said decision.

In July last year, Dipcon had filed suit seeking an order of certiorari quashing President David Granger’s decision to grant Jordan a respite from 21 days imprisonment over the non-payment of money owed to it by government for road construction works. Attorney General Basil Williams and President David Granger were listed as the respondents.

Dipcon was awarded judgment to the tune of US$2,228,400 since 2015. Despite a number of orders directing government to honour its financial obligation, including one in late June 2019 for Jordan to pay over the owed amount no later than July 8th 2019 or face 21 days in jail, Dipcon has not received any money.