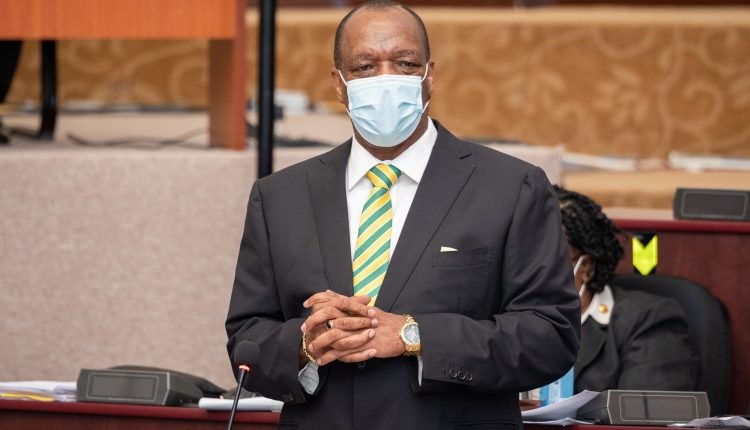 Opposition Leader, Joseph Harmon, has failed to honor his commitment to deliver information on the awards of the Kaieteur and Canje oil blocks at an oil and gas specific press briefing.
It has been more than a month since that promise was made by Harmon and to date, there has been no word on when that press conference would be held.
Kaieteur News, for weeks on end, chronicled articles on the shoddy awards of the two lucrative assets that were signed away by the Donald Ramotar administration under rather questionable circumstances. The newspaper sought answers from those in high office.
Back in October, Kaieteur News posed questions to Harmon about who the beneficial owners of the blocks are.

He had committed to passing on the questions to the Member of Parliament with responsibility for natural resources to see how they may assist. Consequently, he explained, information may be shared in an upcoming oil and gas press conference to be held by the Coalition.
“We will have a specific press conference on oil and gas,” he had said, “and at that time, the question will be answered once it is posed.”
Just a week later, at another press conference, Kaieteur News posed questions to Harmon about the award of the blocks.

However, he avoided giving a direct answer and indicated that information would be shared at the special press conference.
“Let me say that I am not in a position this week to indicate to you. However, I did say in my press conference last week that we will have a special conference on the question of oil and gas. That has not happened as yet. I will inform you when that will take place. But it is something that the team is looking at carefully. I am not in a position to say to you anything on those blocks, beyond what I have said and beyond what is published in the media, Kaieteur News in particular,” the Opposition leader stated.

Kaieteur News’ reporters repeatedly posed questions to the Opposition Leader in hopes of getting clear answers on how these sweetheart deals were awarded. However, Harmon continues to claim ignorance.
In fact, at Harmon’s press briefing yesterday, he was again asked to provide a date for the press conference. But to this question, he gave no answer.
Despite it being that the People’s Progressive Party Civic (PPP/C) signed away the blocks, the Coalition that Harmon leads in the National Assembly is accused as being just as complicit.

For the entirety of the coalition’s term in government, Harmon was a key figure at the helm of the Ministry of the Presidency.
He was Minister of State, then Director-General and throughout that period, the Ministry of Natural Resources fell under the Presidency.
The coalition would not have had to rely on information from outside sources, since it should have already been in possession of such information while in government.
This is because every time stakes were transferred in the two blocks, the government is responsible for approving the transfer.
In this regard, when signing deals, the government has to know the hands the stakes are leaving, and the hands to which they will go.