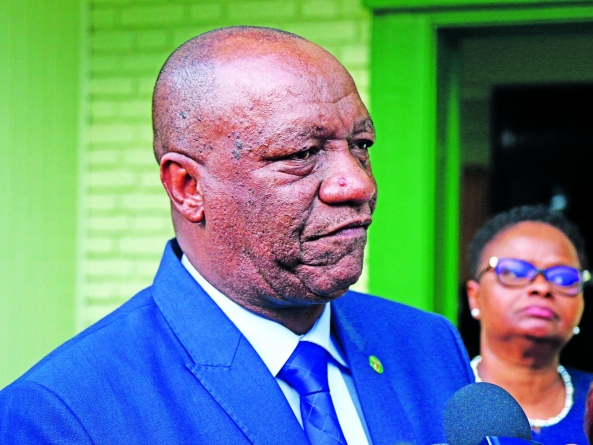 The main opposition APNU+AFC yesterday accused the governing People’s Progressive Party/Civic (PPP/C) administration of “trying to stifle the National Assembly” by failing to set a legislative agenda and holding sittings.

Responding to question from Stabroek News on the failure to properly constitute the sectoral committees of the parliament and organise a sitting, Harmon told his weekly press conference that he believes these actions are “an attack on democracy.”

“It is an attack on democracy [which] is intensifying daily. We are outraged by the fact that these committees are not meeting and the National Assembly is not meeting. We have written to the Clerk and we have spoken to him and the feedback we got from the Clerk is that the government does not have items for the agenda and so we have no date for the National Assembly to meet,” he explained.