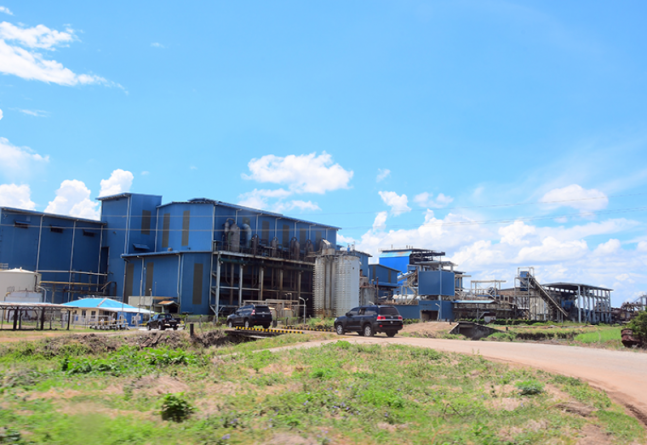 REPAIRING Guyana’s ‘damaged’ and ‘neglected’ sugar industry will be a tall task, but it is one which the government has shown it is ready to take on and accomplish successfully, said Minister of Agriculture, Zulfikar Mustapha, as he made his case to the Committee of Supply for an additional $4 billion for the Guyana Sugar Corporation (GuySuCo).

This and other supplementary funds, which were requested by the People’s Progressive Party/Civic (PPP/C) government, were subsequently approved by the National Assembly on Monday, but this did not come without scrutiny from Parliamentarians on the opposing side of the House.

Questions from the Opposition Parliamentarians were focused specifically on the need for supplementary finance, since the National Assembly, in September this year, had approved $3 billion for GuySuCo.

It was reported that of the $3 billion, $800 million will support the operating factories and $2.2 billion will go towards the shuttered Rose Hall, Enmore and Skeldon sugar estates.

Considering this allocation, Opposition Parliamentarian, Khemraj Ramjattan, enquired why the government needs supplementary funds as he requested a breakdown of how the money would be spent.

Minister Mustapha, in response to Ramjattan’s question, said: “This money is budgeted for critical capital works in GuySuCo, which was neglected for five years. I could go through the items and I could lay it to the Honourable Member, some of the works are already earmarked to be done with this $4 billion.”

In further defending the need for those supplementary allocations, Minister Mustapha said: “If you go around the three operating estates, you will see that they are at 60 per cent capacity. So you have to recapitalise, put in critical parts…the entire roadway at Albion needs upgrading. All these things were neglected because the intention of APNU+AFC was to close the sugar industry. And, we were saying that we want to ensure that we recapitalise and mechanise back to where it was.”

This prompted Ramjattan to enquire about how the initial $3 billion allocation was spent, to which the minister responded: “We have started to expend in the closed estates and we will continue to spend from this fund. We had to do a lot of activities and I could lay over all the work.”

In 2017, the former A Partnership for National Unity + Alliance For Change (APNU+AFC) coalition government had announced the closure of several sugar estates across the country. The move saw four sugar estates being closed, and 7,000 sugar workers losing their jobs.

But, it was reported that plans were afoot to not just rehire persons, but to return the industry to viability through coordinated and prudent management, which is expected to come from both private and public stakeholders.
Minister Mustapha reiterated, on Monday, that work was ongoing at the shuttered estates, and close to 1,000 persons had already been rehired.

“We have already employed 1,000 persons who they [APNU+AFC] dismissed. And, in the New Year, we will employ another 3,000 workers and I am optimistic that, in the first crop of 2022, we will produce sugar once again at those estates.

“They [APNU+AFC] have brought the estates to their knees, so we have to capitalise and bring the estates to a break-even point… there are opportunities in the Caribbean and it will also create more employment for the people,” said the Agriculture Minister.

It was reported that the Rose Hall Estate will be the first of the three estates to be reopened and is expected to begin grinding in 2022.

Chief Executive Officer (CEO) of GuySuCo, Sasenarine Singh, was reported as saying that the government has received 10 Expressions of Interest (EoIs) from foreign companies, and one proposal from a local investor.
Information on the investors’ identities remain confidential at this time, but Singh, during a recent press briefing, said the proposals will soon be reviewed. Singh, while not divulging details of the actual proposals, said interests have been expressed in sugar refinery, ethanol production, agro-energy, a distillery and packaged sugar, among other things.

“GuySuCo is on a change plan; we have refashioned the way we are doing things. We have re-engineered the way we are thinking at GuySuCo; the whole vision at GuySuCo right now is to move up the value chain as fast as we can within the constraints of finances, and, in addition to that, we are opening three estates. So it’s going up, and it’s going broader,” said the CEO in a previous report.

GuySuCo has since restarted the production of packaged sugar, and will be focusing heavily on this aspect of production, instead of the traditional bulk production.

“GuySuCo started production of packaged sugar; we are moving away from the dump market to go into packaged sugar, and this is the reality. We get double the value per tonne when we sell packet sugar, versus what we dump on the world market,” Singh said.

Considering the substantial benefits of value-added production, the CEO believes it is a “no-brainer” situation when assessing which segments of the market to supply with Guyana’s sugar.

The vision of GuySuCo, as outlined by the company’s management, is to focus on expanding the sale of packaged sugar in CARICOM, North America and the local markets. GuySuCo’s overarching plan for 2021 is to produce 97,000 tonnes of sugar, a high percentage of which is expected to be packaged.

“We have to diversify, we cannot produce raw, brown sugar and survive… we have to produce value-added products like refined sugar, ethanol, improve on molasses, improve on the co-gen facility at Skeldon… those are the things we have to do and we have to bring down the cost of production,” said the Agriculture Minister.
The aim is to bring the industry to a break-even point, and, further, to a level of profitability through prudent investments and management.