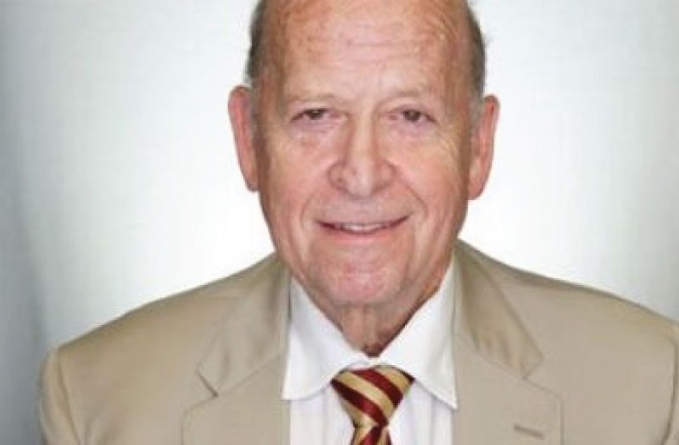 WELL-KNOWN Attorney-at-Law, Bart Fisher, of the United States of America has made it clear that Secretary Mike Pompeo should allow Guyana’s democracy to work.
In a release issued on Thursday, July 16, 2020, he stated that “It is wrong for the US Government to threaten the officials of Guyana Government, the courts and election body with visa revocation. The March 2020 election has not been declared by the election body. The people of Guyana are working through their electoral challenges peacefully. They need the United States to respect this. ”

On Wednesday, July 15, 2020, Secretary of State Mike Pompeo issued a statement saying, “Today, I am announcing visa restrictions on individuals who have been responsible for, or complicit in, undermining democracy in Guyana. Immediate family members of such persons may also be subject to these restrictions. In my public statements since the election I have been very clear that the United States stands with the Guyanese people and that there would be consequences for individuals who seek to undermine democracy”.

The Guyanese Government, in a statement on Wednesday, said that it regrets the decision taken by the United States to implement visa restrictions on persons.
The Government further added that the matter affecting Guyana’s elections is still before the courts, which is entirely the responsibility of the judiciary
On the same matter, President Granger has long stated that he, like the rest of Guyana, has little choice but to await a formal declaration of the results by the Chair of the elections commission. He has pledged that his government will accept the results of the elections as declared, when declared.

Added to this, the matter of a final declaration by the elections commission is now before Chief Justice, Ag of the Supreme Court of Judicature, Justice Roxane George-Wiltshire, CCH, SC.

Private citizen Misenga Jones has moved to the High Court to compel GECOM to declare the results of the General and Regional Elections in accordance with the declarations made by the 10 returning officers in mid-March as advised by the Chief Elections Officer (CEO), Keith Lowenfield, and in keeping with the Representation of the People Act (RoPA).

Nonetheless, lobbied by the main opposition, the People’s Progressive Party/Civic, several U.S. senators and congressmen have called for sanctions to be heaped on Guyana and specific individuals.

It is not the first time that the U.S. Secretary of State, Michael Pompeo, has commented on Guyana’s electoral situation. Several tweets have come from the U.S. official about the need for Guyana’s elections to be transparently concluded, ‘or else.’