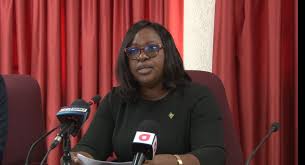 Government on Saturday reacted to United States’ State Department summoning Guyana’s Ambassador to Washington over the credibility of general elections, saying that the country is self-governing State that abides by the rule of law.

This is the first time that the Guyana government has officially reacted to weeks of criticism by the US, Britain, Canada, European Union, France as well as international observer missions that the March 2, 2020 general election  results lacked transparency and credibility. The US and Britain in particular have repeatedly warned that Guyana faces “consequences”, including “isolation”, if a new government is sworn in without a recount of the votes cast on March 2, 2020.

But, Guyana’s Foreign Ministry made it clear that President David Granger tried to get the Guyana Elections Commission (GECOM) to conduct a national recount under the supervision of the Caribbean Community (CARICOM) but that move was blocked by legal action.

The executive branch attempted, sincerely and in good faith, to find a way forward by inviting the CARICOM team to conduct a recount.

The Supreme Court has been approached and has intervened; its rulings, which are still being awaited, will be respected in accordance with the Constitution and Laws of Guyana,” the Foreign Ministry stated.

CARICOM Chairman, Barbados’ Prime Minister, Mia Mottley has said the injunction and request for judicial review by APNU+AFC candidate, Ulita Moore amounted to work of  “forces” who were not interested in a recount. The CARICOM recount supervisory team has since pulled out of Guyana.

Saturday’s statement by the Foreign Ministry came two days after US Assistant Secretary of State, Michael Kozak summoned Ambassador Rudy Insanally and told him that Washington would not condone a new government being sworn in on the basis of flawed election results.

The Foreign Ministry repeated what President Granger has said several times. The executive branch of Government has never tried to influence, interfere with or instruct GECOM in any way.”

Chairman of the Alliance For Change, Raphael Trotman earlier this week recalled that the coalition had spoken to its three election commissioners to vote for a national recount and had expected the People’s Progressive Party to have done the same. The seven-member GECOM had in fact voted unanimously for the now scuttled recount.

Government added that “there is no break down in the rule of law in Guyana.”

APNU+AFC General Secretary, Joseph Harmon earlier this week said the coalition was mindful of the threat of sanctions which could be removed by a recount or elections petition with an audit of the votes cast.

At the same time, Harmon has said he believed he coalition has won the elections and now expects the Chief Elections Officer, Keith Lowenfield’s report to be certified and the official declaration made so that Granger could be sworn in for a second straight term.

The People’s Progressive Party has released copies of its statements of poll to prove that it was victorious.

The APNU+AFC has refused to disclose its Statements of Poll, saying they may be used in an elections petition.