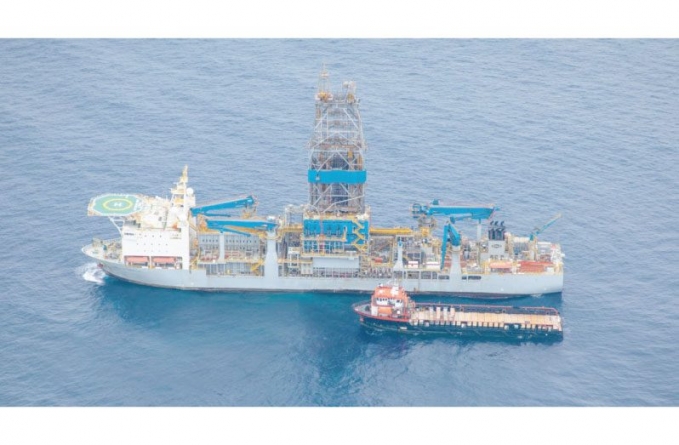 THE Inter-American Development Bank (IDB) said that despite uncertainties related to the coronavirus, the political context, and the fall in oil prices earlier in the year, Guyana’s outlook remains positive due to the sheer volume of expected oil production.

With Guyana beginning oil production in December 2019, one of the main transmission mechanisms of the global economic and health crises is through its impact on commodity prices, namely oil and gold, which are expected to be Guyana’s largest exports in 2020. In its Caribbean Quarterly Bulletin report, the IDB noted that plummeting oil prices have contributed to updated estimates for Guyanese oil exports, government revenues, and GDP growth. The report noted that the IMF revised the value of Guyana’s oil exports in 2020 from US$2.4 billion to US$1.3 billion, still representing Guyana’s largest productive sector. Similarly, while government revenues were originally expected to grow by 25.9 per cent in 2020, this estimate has been revised down to 12.8 per cent. Finally, Guyana’s GDP growth estimate was revised down from 85.6 to 52.8 per cent, still a remarkable growth figure and the only positive one in 26 Latin American and Caribbean countries, the IDB stated.

In the other leading sectors of the economy such as agriculture and mining, authorities are reporting signs of limited impact. Agriculture and mining were the largest sector of the Guyanese before oil production, representing approximately 16 and 14 per cent of GDP, respectively. The mining sector is expected to benefit from higher profit margins due to lower fuel costs and higher prices of gold. Globally, the price of gold increased from US$1,400 at the end of June 2019 to approximately US$ 1,720 currently, a 23 per cent increase. Despite the favorable financial conditions, the public health situation and travel restrictions have affected both gold and bauxite operations in terms of worker availability and private sector measures prioritising the safety of workers.

The IDB report noted also that government authorities in the mining sector report expecting some impact, though the magnitude of the impact remains uncertain. Other sectors of the economy are expected to have varied outcomes. Private sector authorities have reported that construction, retail, and tourism have been negatively affected, while food manufacturing and fish production have not been significantly affected.

The three largest sectors following agriculture and mining are retail sales, construction, and transportation making up 35 per cent of the economy. Government authorities related to rice production have painted an optimistic picture, indicating that falls in demand for rice in Europe has been offset by greater demand in the region. After gold, rice is Guyana’s greatest export representing approximately 14 per cent of total exports.

Tax revenue collections are expected to remain flat in Guyana. Non-oil economic activity in Guyana could be approximated by tax revenue collections, which do not include oil-related income. Both GDP growth and tax collections are generally expected to contract across the region in 2020. The IMF estimates tax collections are expected to remain flat in Guyana, growing by 0.5 per cent, while they are estimated to decline by an average of 4.5 per cent across the region. In terms of the external accounts, the current account and trade balance have been updated to reflect significant deficits beginning in 2018. The IMF updates show trade and current account balances reaching their low point in 2019 right before the beginning of oil production. The trade deficit declined to 53 per cent of GDP and the current account deficit to 40 per cent of GDP.

Regarding the current political situation, IDB recounted what happened thus far and stressed that settling the elections is important for the government to respond to the coronavirus pandemic. The bank noted that as Parliament was dissolved for the elections in December 2019, the government cannot pass legislation on economic policy or access oil revenues accumulating in the Natural Resource Fund. In the first semester of 2020, the government reported receiving approximately US$95 million in oil revenues.