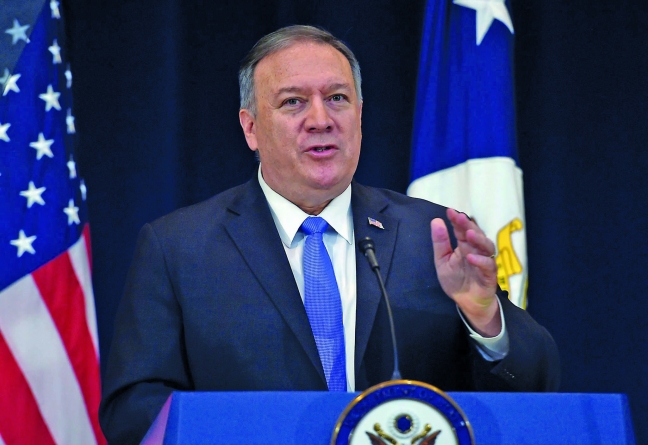 United States Secretary of State, Michael Pompeo has reinforced the importance of free, fair and credible elections in Guyana. Pompeo in his congratulatory message to Luis Almagro on his re-election as Secretary General of the Organisation of American States (OAS) on Friday said that as the world overcomes the threat to public health posed by COVID-19, the peoples of the Americas and the Caribbean face other challenges, such as the full restoration of democracy in Nicaragua and Venezuela; adherence to free, fair and credible electoral processes in Guyana; and holding the Cuban regime accountable for its malign activities.

He added that under Almagro’s principled leadership, which the member states have now renewed, the United States will continue to work with partners at the OAS to promote and defend democracy, human rights, security, and economic prosperity for the people of the Americas.
“Today’s vote by OAS member states shows that even in the most challenging of times, such as what we are facing with the COVID-19 pandemic, our hemisphere of freedom remains steadfast in safeguarding our shared values,” Pompeo said. He added that with Secretary General Almagro continuing at the helm, he is confident about the future of the OAS and the Americas.

On Tuesday Pompeo in a blunt warning to Guyana said: “individuals who seek to benefit from electoral fraud and form illegitimate Government, [or] regimes will be subject to a variety of serious consequences from the United States.”
Speaking at a media conference on South American affairs, Secretary Pompeo told reporters “The United States is closely monitoring the tabulation of votes in Guyana.”
According to the US’ Secretary of State, his country joins with the Organisation of American States (OAS), Commonwealth, the European Union (EU) and “and other democratic partners in calling for an accurate count”. The threat of individual sanctions by Secretary of State Pompeo was made amidst allegations of disruptive tactics being laid against the Guyana Elections Commission (GECOM) to delay or interfere with the tabulation of the elections results.
Several observer groups in addition to a number of political parties contesting the 2020 Elections have lamented a lack of transparency in the process.