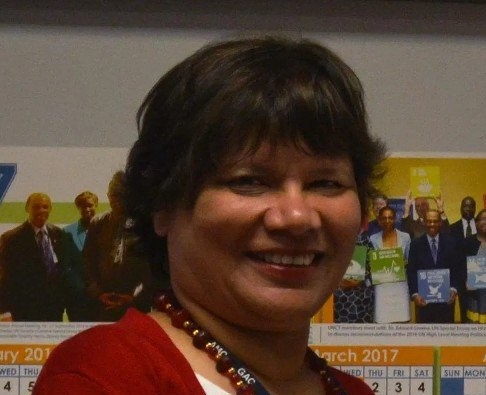 Outgoing Canadian High Commissioner Lilian Chatterjee today said that Guyana lacks a skilled and sizeable labour force to benefit from the “explosive” oil-linked growth that is coming and she urged the country not to resist foreign investment but use its judgement on who to trust.

Speaking this afternoon at the launch of the Canada Guyana Chamber of Commerce at the Arthur Chung Conference Centre, Chatterjee said that in the end it all comes down to partnership.

“This is the Canadian approach. We will not flood you with an influx of Canadian employees. We will provide Canadian expertise –– but in order to have true partnership, Canadians will rely on training a skilled workforce in Guyana. But let me be clear – that workforce does not exist right now in Guyana. You do not have the population – yet – to be the engine of your rapid growth. Many oil-producing countries in the Middle East understood that. So you should accept that others – and I suspect they will be mostly your geographic neighbours from CARICOM and the Americas – to support your growth at the outset until Guyana can supply the skilled workforce it needs. Even today, Canada welcomes immigrants to provide the skilled workforce we need to fuel our growth. Don’t resist foreign investment but use your judgement on who you can trust”, she told the launch.

She also created a buzz when she hinted at an impending merger involving a major Guyanese company and a Canadian one.

While she said she was not at liberty to reveal the names, she said that in January there will be an announcement of a major Guyanese private sector company merging with a very large and influential Canadian private sector company. She said that the Canadian company has been an important jobs creator in Canada and has over the last few months supported its Guyanese partner with management services and capacity building in its non oil and gas related business.

“So who can you trust? This is where trusted partners like Canada come in. We were here when you had no oil. We have been a strong and reliable friend for more than a century and we have supported your development all along the way.

“And Canada has benefitted too. Not only with our exports to Guyana. But the most important export that Guyana gave to Canada – your people. We have been blessed with a large Guyanese Canadian diaspora (now in its third generation in Canada). Many of them are now giving back to Guyana”, she said.

She added that the Canadian Trade Commissioner Service laid the groundwork for approximately 20 partnerships between Canadian and Guyanese private sector organizations in the oil and gas sector. Canada also spearheaded the signing of a 3-year MOU to share public sector capacity between Newfoundland’s Ministry of Natural Resources and the Government of Guyana.

“You can rely on the Canadian High Commission to continue its strenuous efforts to promote Canadian and Guyanese collaboration in a broad range of sectors, well beyond oil and gas”, she added.