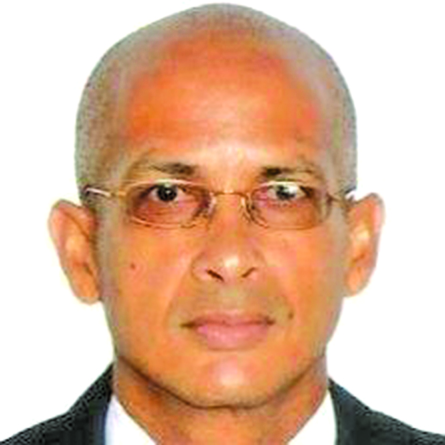 Dear Editor,
Ms Claudette Singh has finally informed our courts (Local Press, March 28, 2020) that she has the necessary authority to order a recount, ‘if necessary.’ With all of this authority at her disposal, she did not then, nor has she now, seen it fit to scrap the two sets of fraudulent results prepared and published by Mingo and company? Is Ms Singh aware that fraudulent results have been declared under her authority? And that she is soon expected to be coerced or influenced to approve those fraudulent results?

Has the legal mind of Ms Claudette Singh sorted out the ramifications of her inaction thus far? Is she really waiting to see what will happen before she makes a decision to stop the fraud under her watch? Guyana is closing in on her recalcitrance, as are the ABCEs, not to mention the international renown she has achieved these last few weeks.

Ms Singh will very likely be unable to salvage her name or reputation should she approve the fraud that has transpired under her at GECOM. The time for her to act has long passed. She is currently trying to salvage whatever she considers important to her as a professional, and how she will be recorded in the history books.

Ms Claudette Singh has one option, which is not tied to anything that is transpiring in our courts: squash the two fraudulent results already declared and immediately issue an order for the completion of the tabulation/verification process for Region Four results, without Mr Clownford, since he is clearly not working in the interest of producing credible results.

There can be little dispute by now regarding the expected outcome of our verified and officially declared election results. While the coalition might have received a significant portion of our votes, these voters did not sign up for a dictatorship in the event of the coalition’s loss at the polls. Guyana has had enough of the PNC’s politics of stupidity – minority rule of incompetence in a democracy. The little thugs at the PNC’s beck and call do not run our country.

Sad to say, the PNC did not perform well enough to enable many of their dinosaurs to die in office, their life-long ambition. Their young ‘uns have disgraced themselves as national leaders of our future. Can we usher in our future together, please?